Literally just that. Round Cambridge. Travel out from near the centre (well station), and take a route that goes round the town between 2 and 8 miles from the city centre.

Here's a picture of the map. 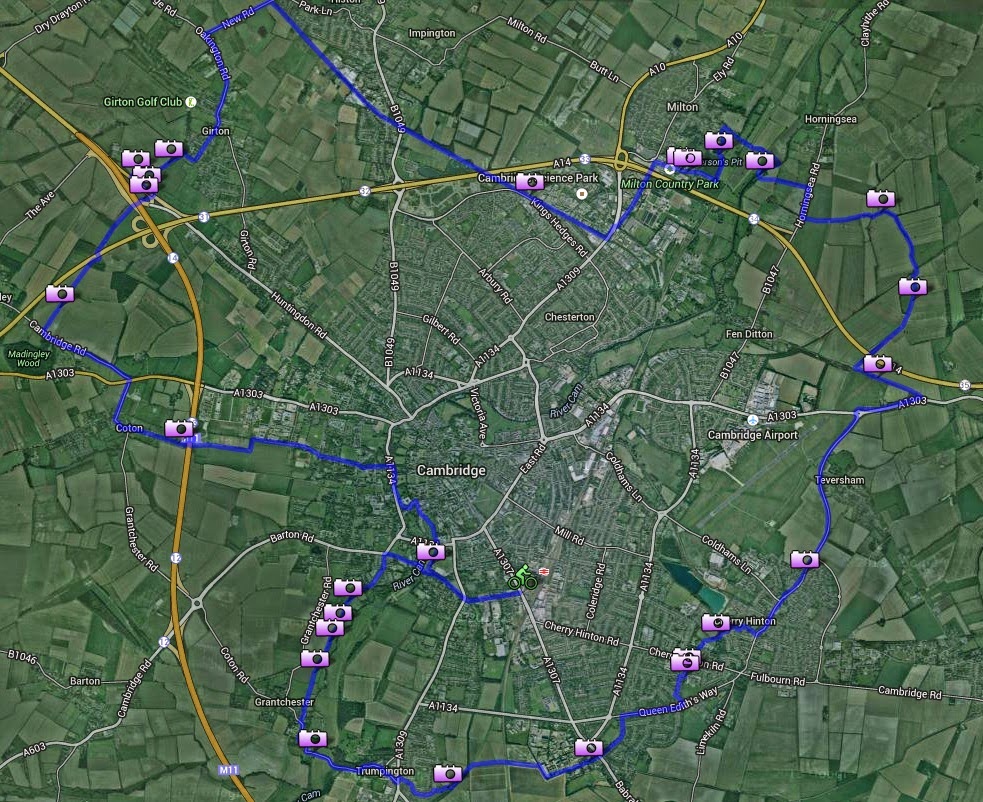 And here's the interactive Google map.

View Round Cambridge Circuit in a larger map

well worth going full screen and HD 720 to get the best of this.


A few pictures along the way.

I've loaded all these pictures onto Google Drive with access for all with the link here. I'd like to display them as (admittedly quite big) thumbnails that can be clicked to see bigger, but Google keep changing the direct link to the native picture. So, they appear below for a short time then fail again. Sigh. 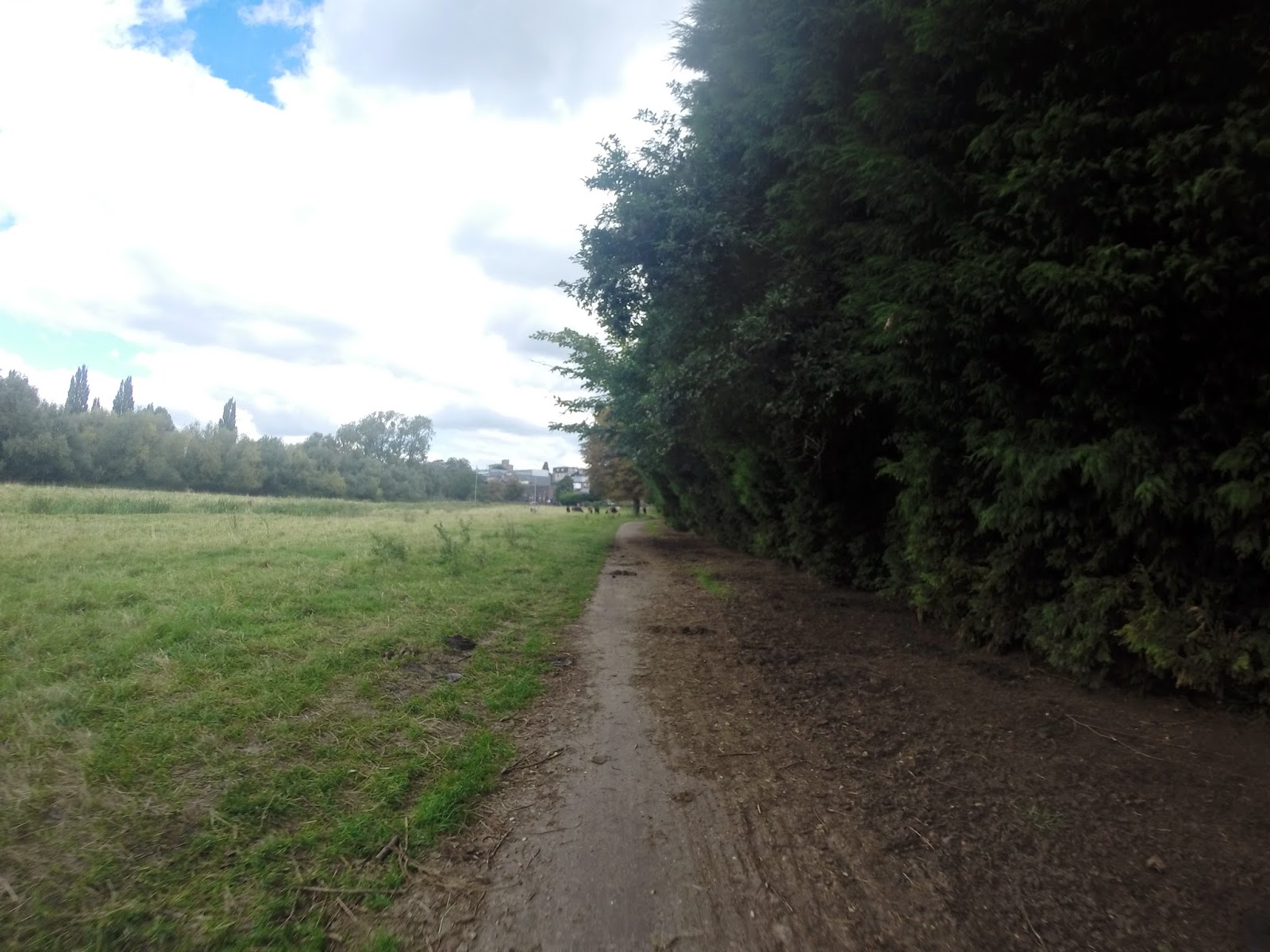 and on Cyclestreets. Thick Cow Muck on the Coe Fen, reported to County Council, reference NM-77755. 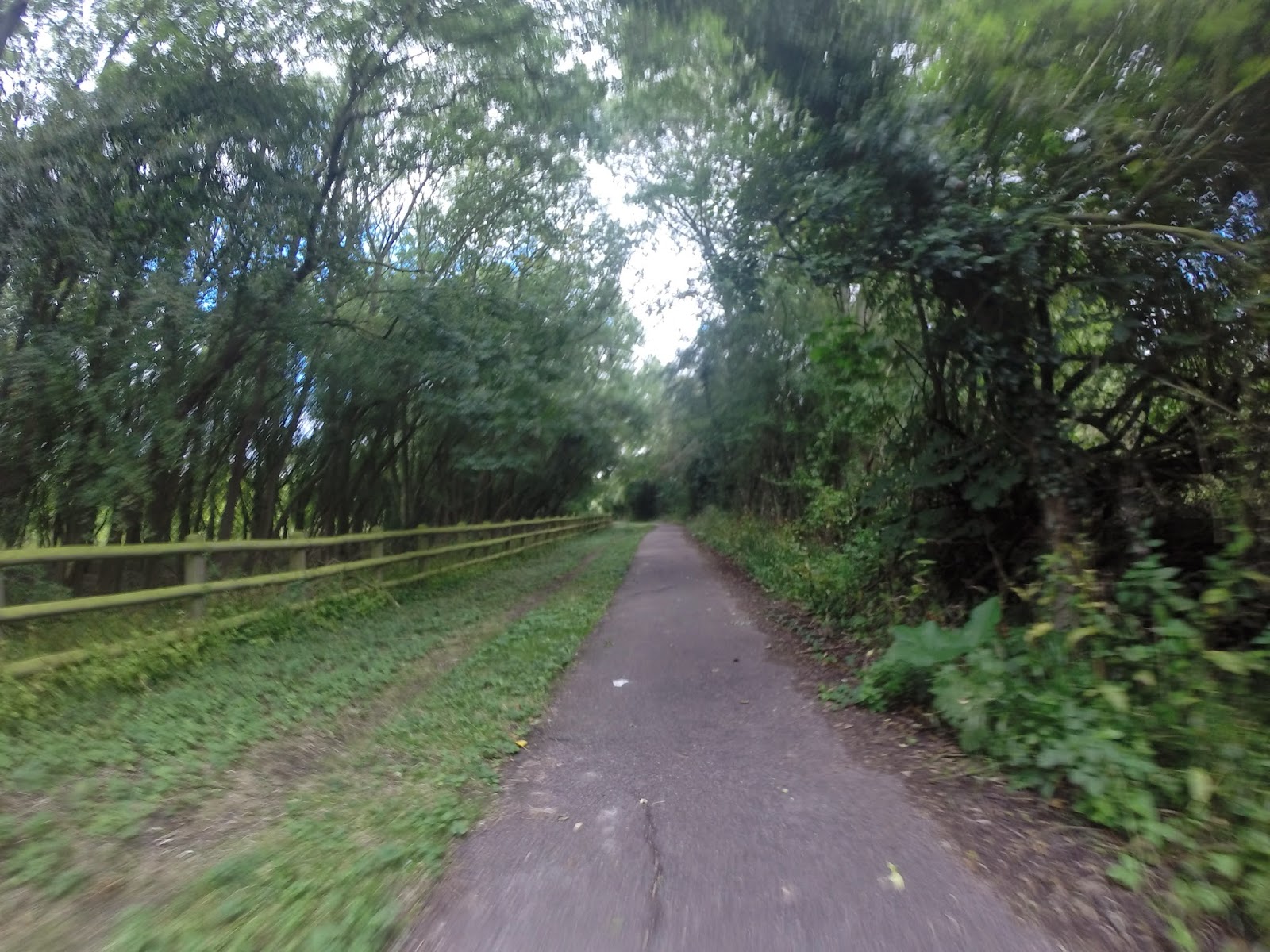 A quiet route, despite the nearby motorway. Shaded can mean a bit damp in winter. 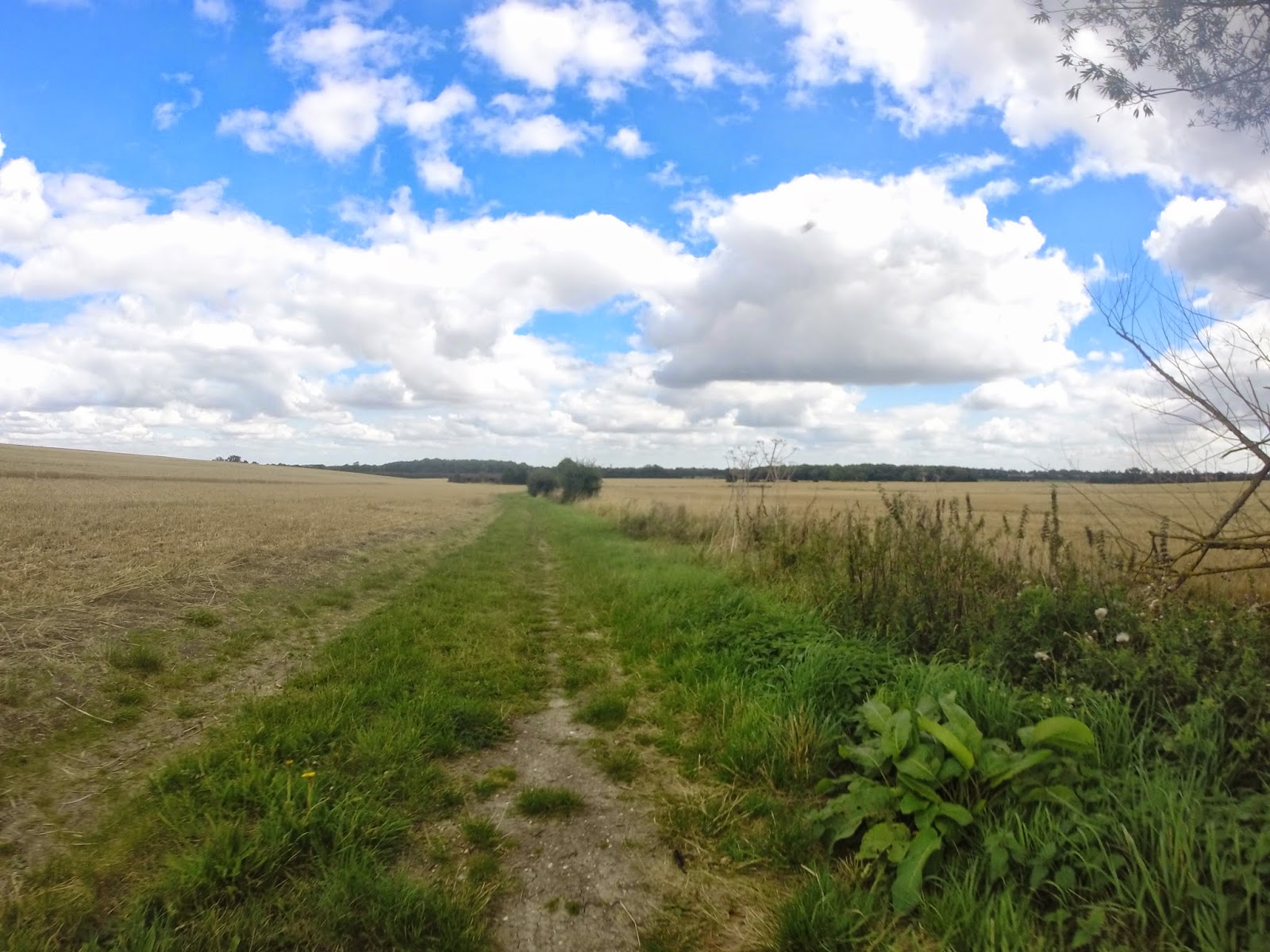 and on Cyclestreets. Path from near Madingley American Cemetery to Girton. Probably usuable throughout the year. The goes through the A14/M11 interchange later, but is fully segregated from traffic with 3 slightly fraught lane crossings. 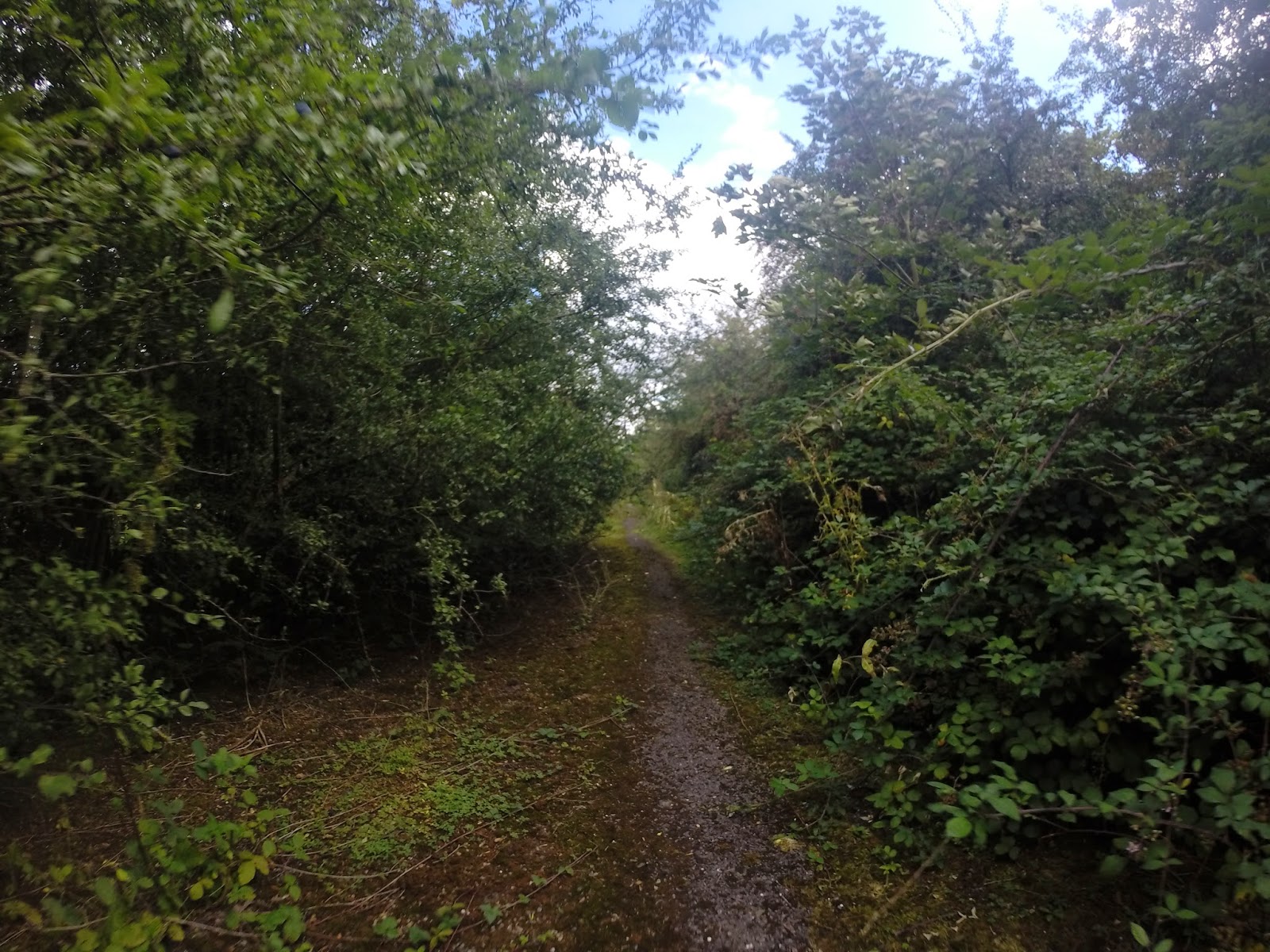 and on Cyclestreets. Path through A14/M11 junction overgrown. My hand got ripped from my handlebars trying to get through this bush. Reported to County Council, reference NM-77757. 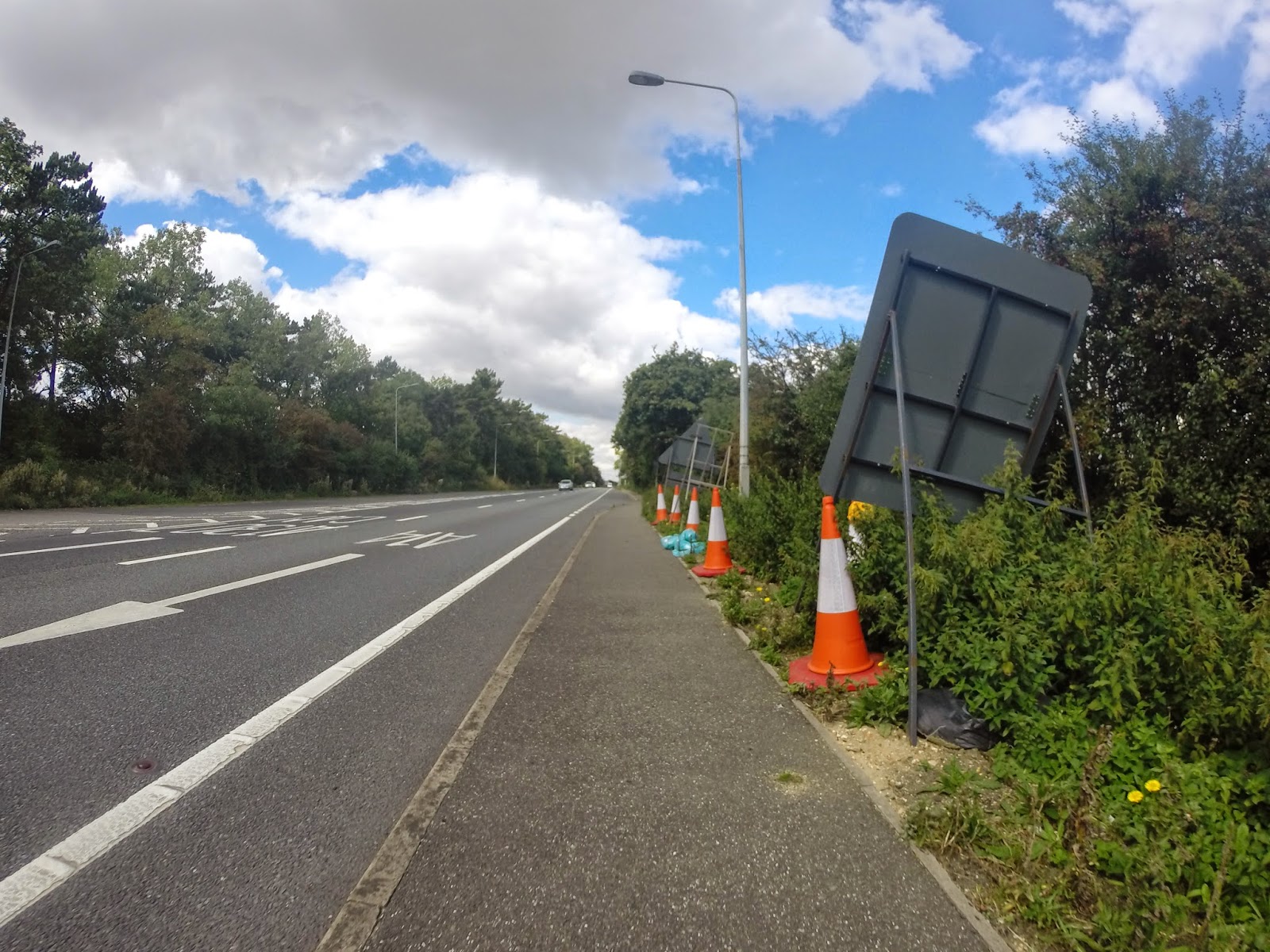 and on Cyclestreets. This is a cycle route across and through the A14/M11 junction. It goes along the side of the A14. Notice that the signs are NOT in the path. An example of good practice! 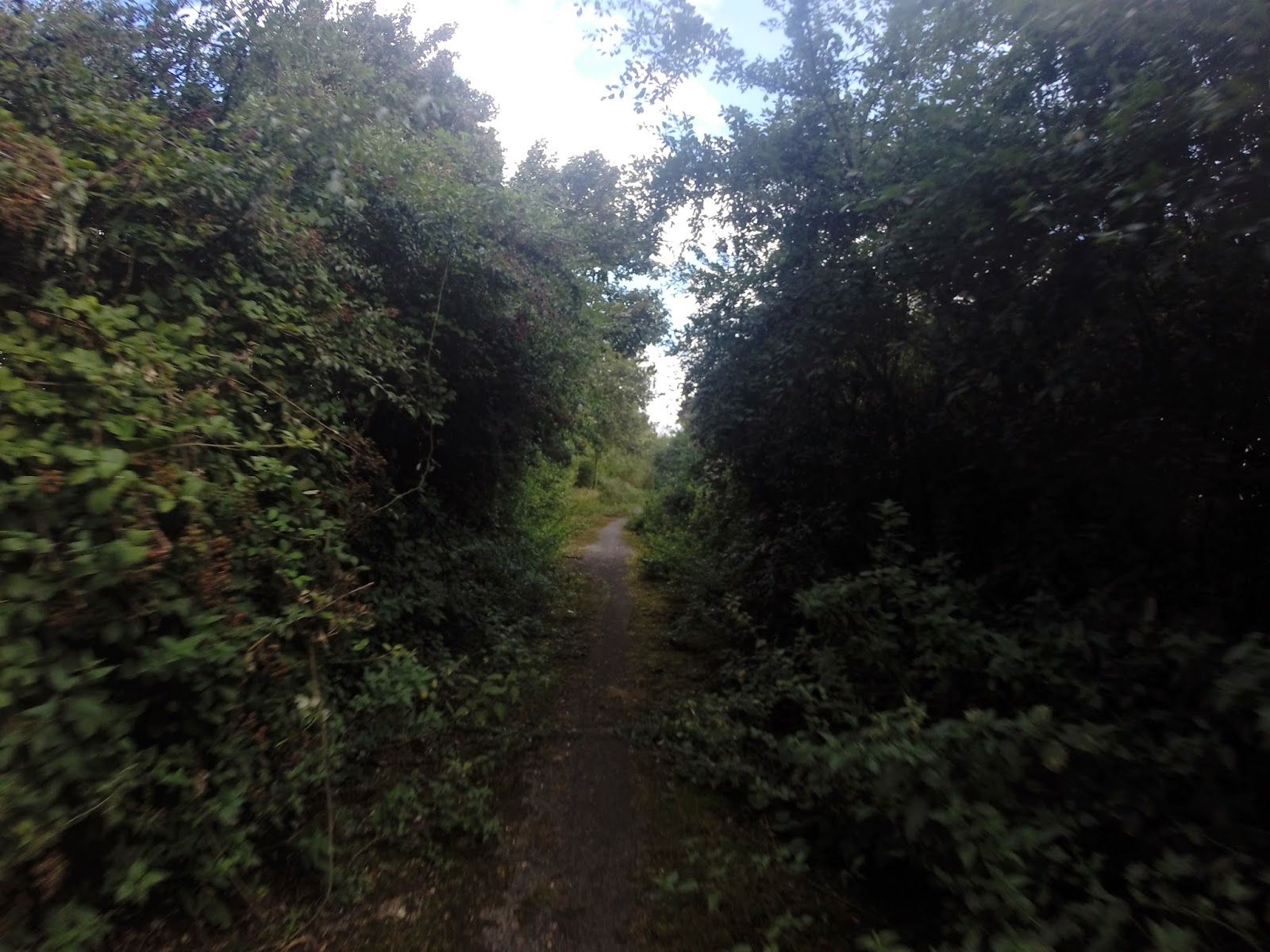 and on Cyclestreets. The bottom end of Washpit Lane is overgrown. Quite awkward to get through here with brambles seeking blood! Despite this being the same bridleway route through to Girton as http://cambridge.cyclestreets.net/location/61029/ this bit isn't listed as being managed by the county council, so can't be reported. Any thoughts as to whether this is a map error or does the county council only manage bits of paths? 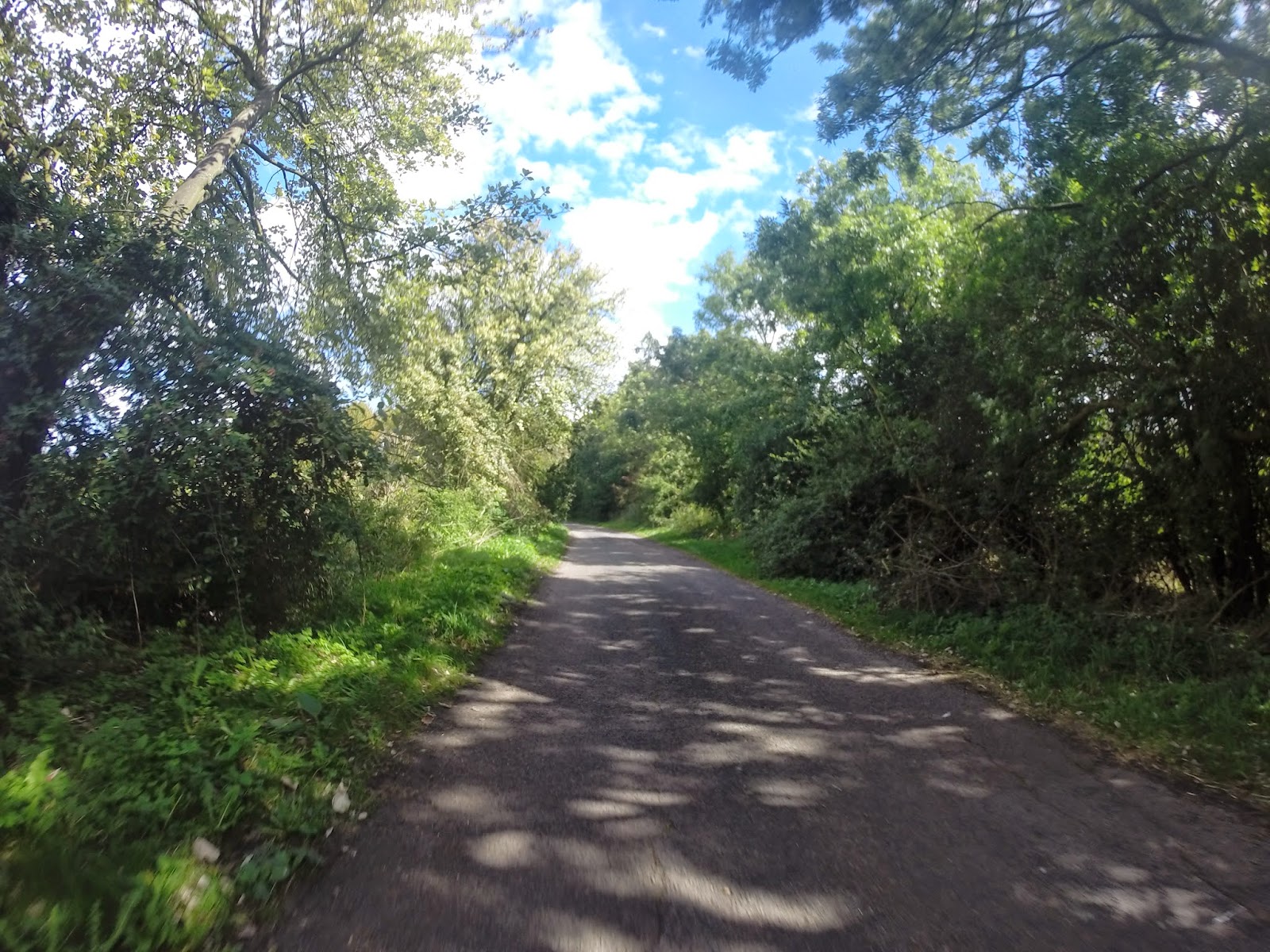 A shaded route into Girton. 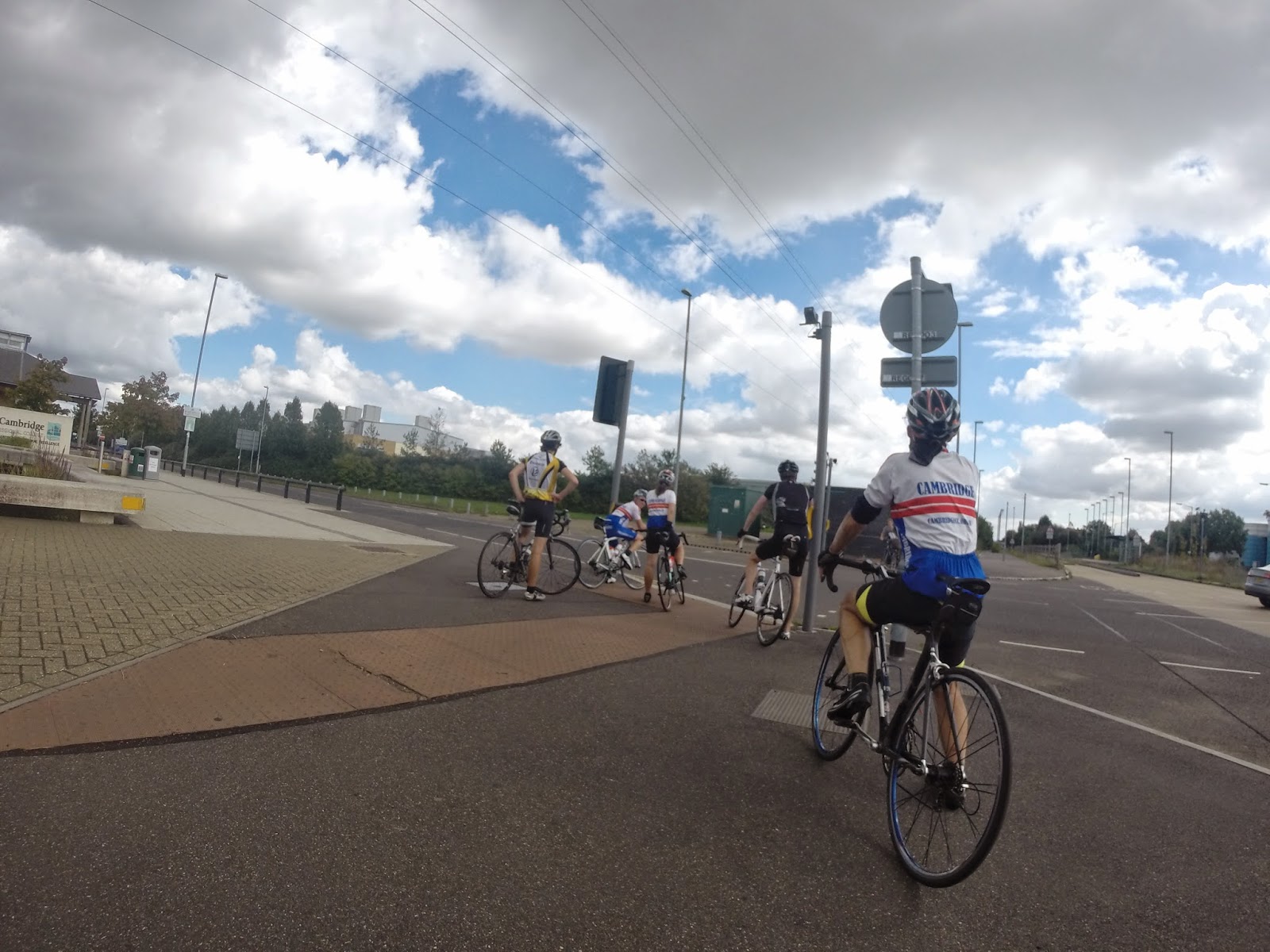 Bumped into the Cambridge Cycle Club on the Guided Busway, although only when they had to stop! 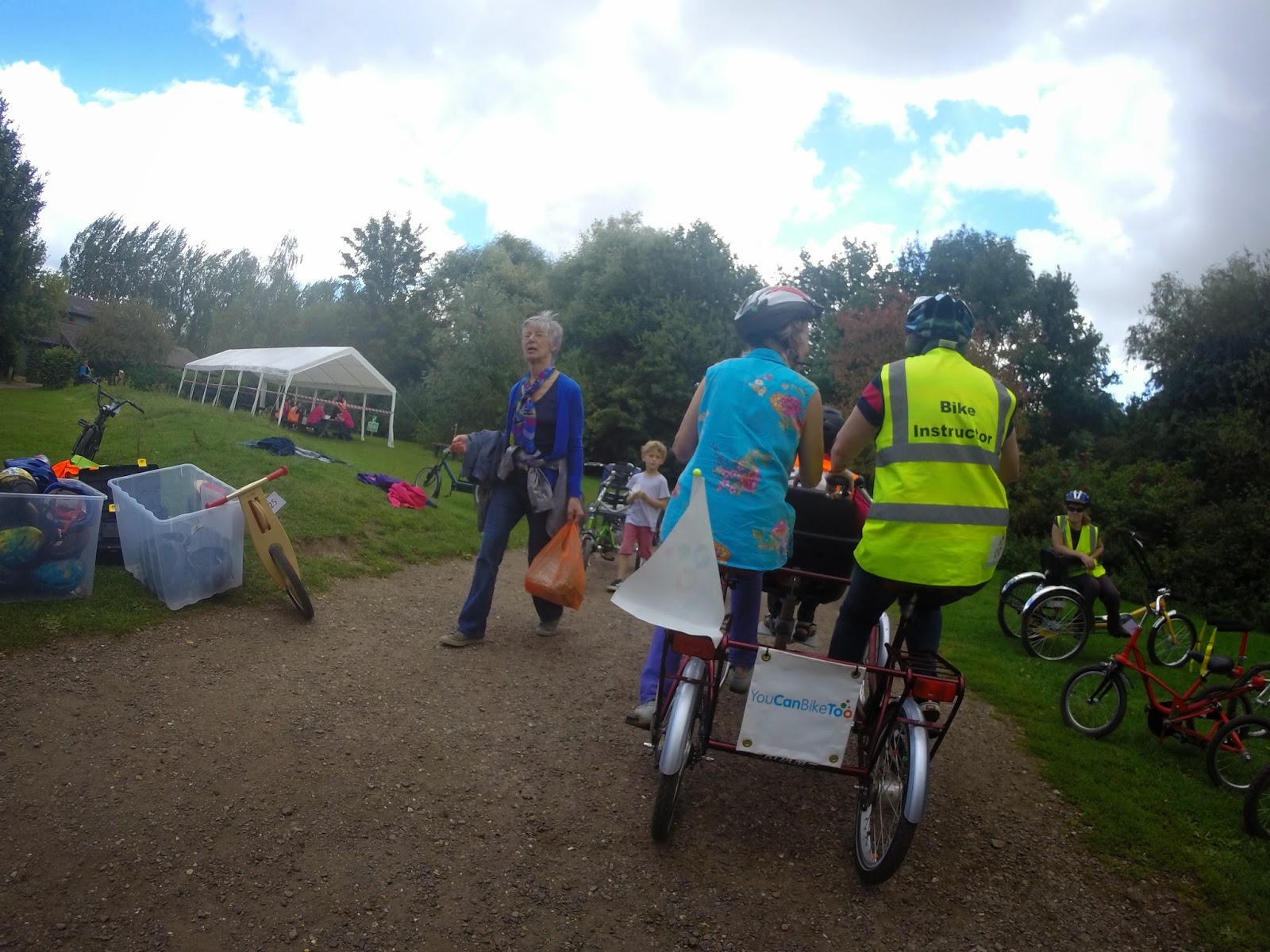 You Can Bike Too having fun riding around Milton Country Park

You Can Bike Too teaching balance riding around Milton Country Park 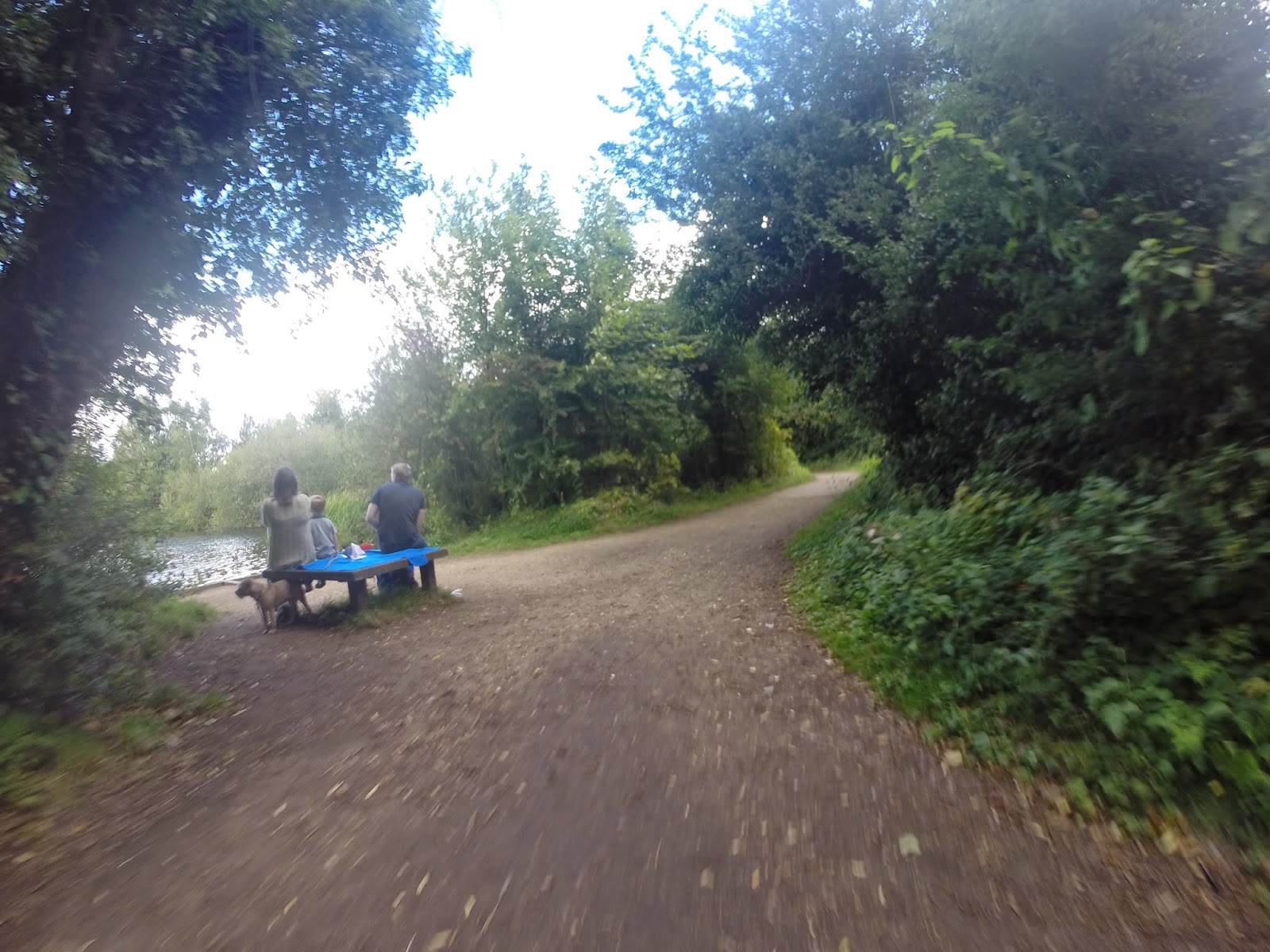 and on Cyclestreets. The NCN11 route through Milton Country Park. As lovely as the route is, it's not really a proper commuter route. It's slowed considerably by being shared-use and a very twisty route. It's not impossible to create a segregated route with the cycling on the outer side of the woods? 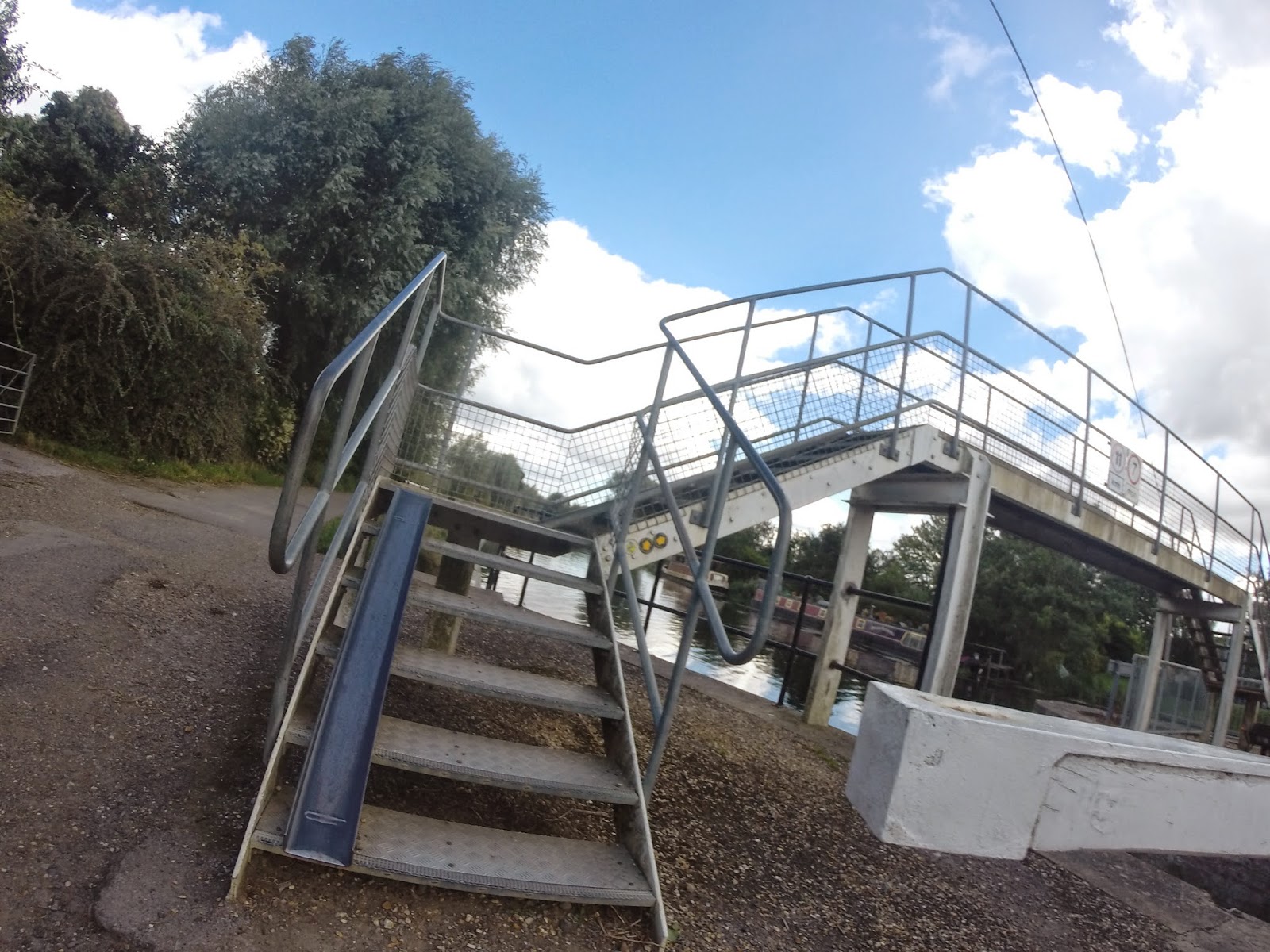 and on Cyclestreets. Baits Bite Lock provides a way of crossing. However, the bicycle ramps are very difficult to use (and I'm a quite fit strong person with a light bike). This is almost certainly a barrier to older and younger users and pretty unusable if you have a cargo bike or child carrier. 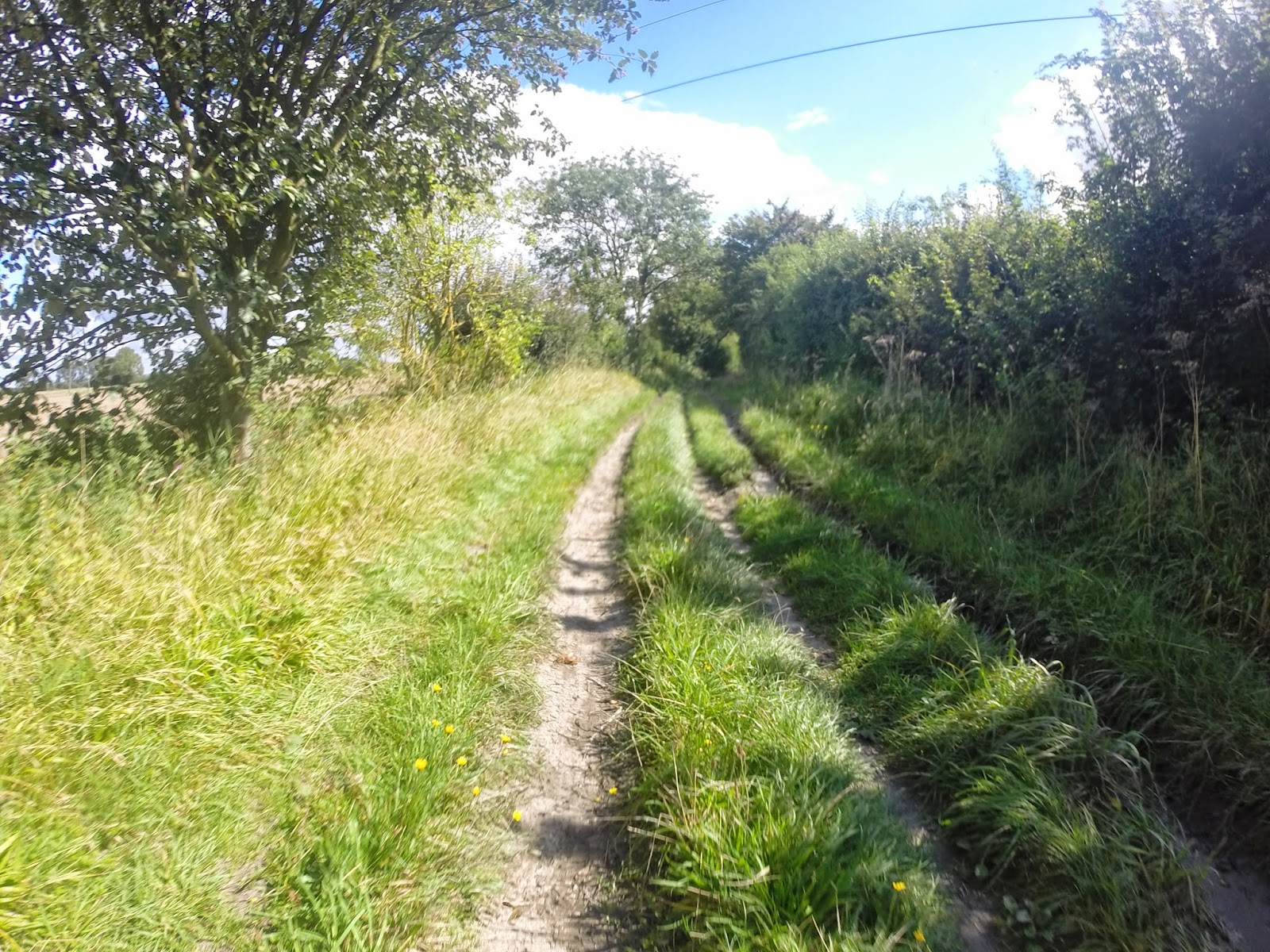 and on Cyclestreets. Low Fen Drove Way really feels like the back of beyond. A very quiet and remote spot. It's actually listed as a byway, open the motor vehicles, but I've never seen any. It's just about to get to a muddy section where progress is difficult, but it's worth peservering, as you can see since the Google Streetview vehicle DID get through! 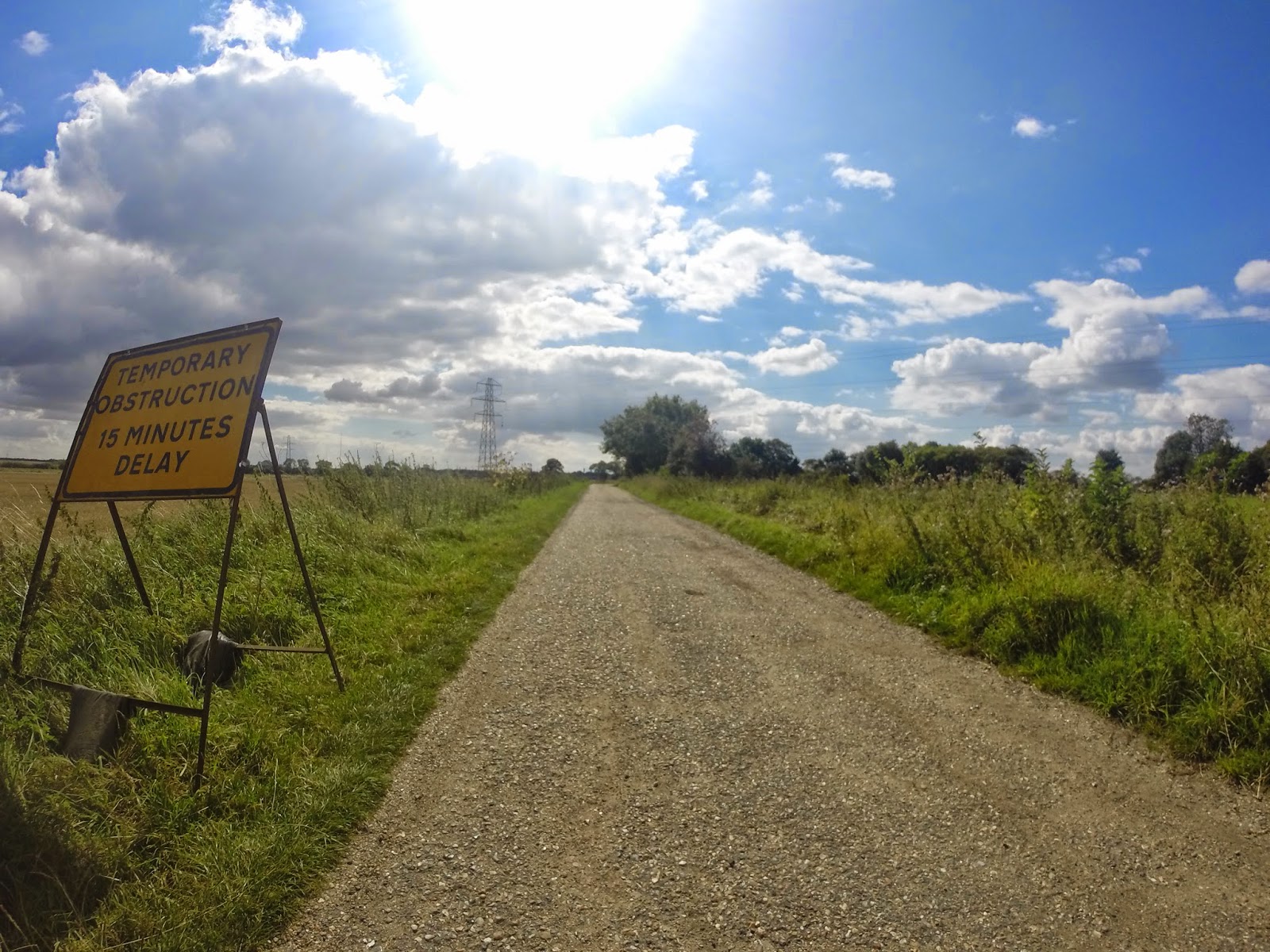 Very oddly, traffic works down this track. And genuinely there were workmen waiting to start. 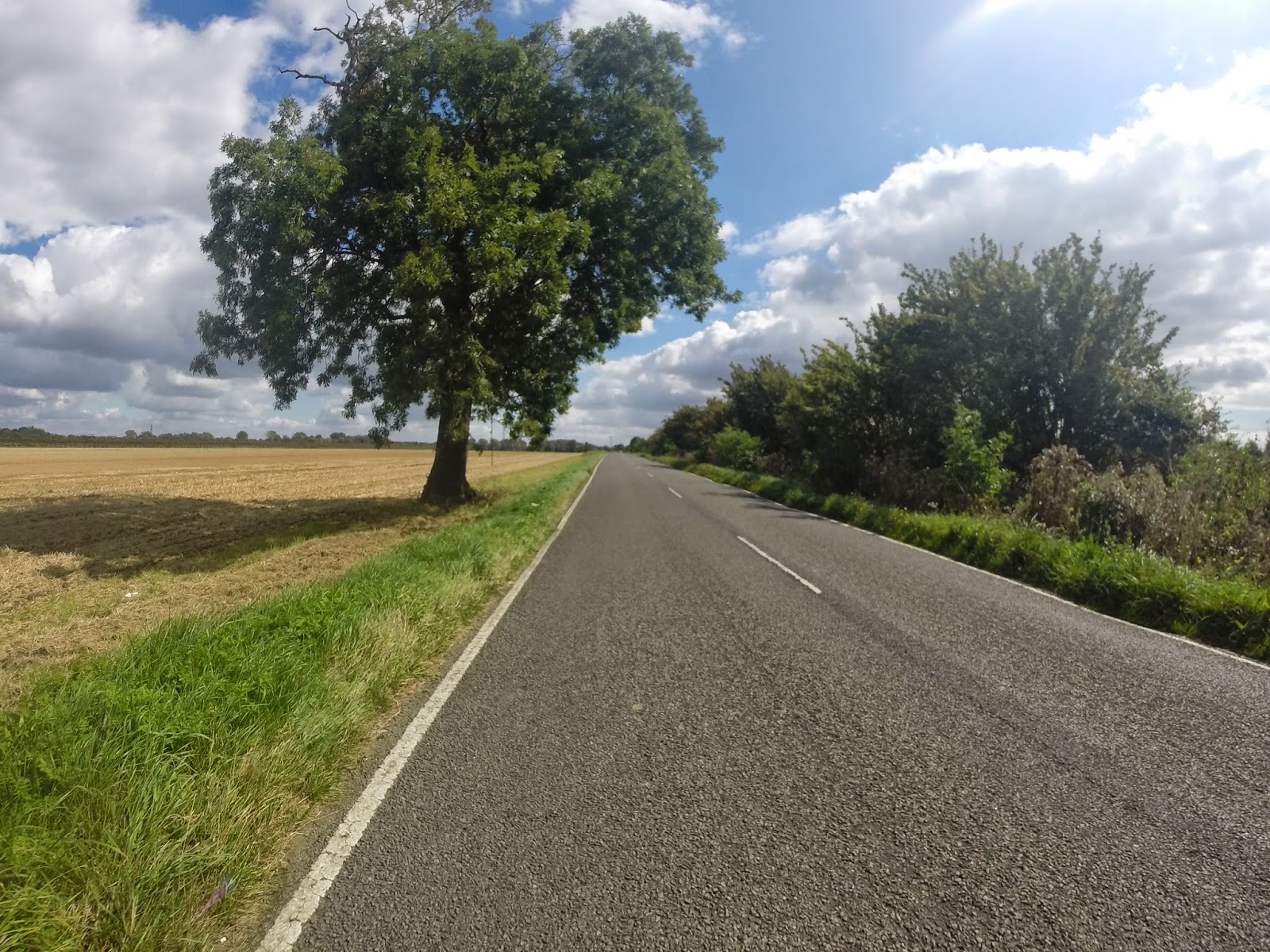 A pleasant road, apart from the odd car going quite fast. 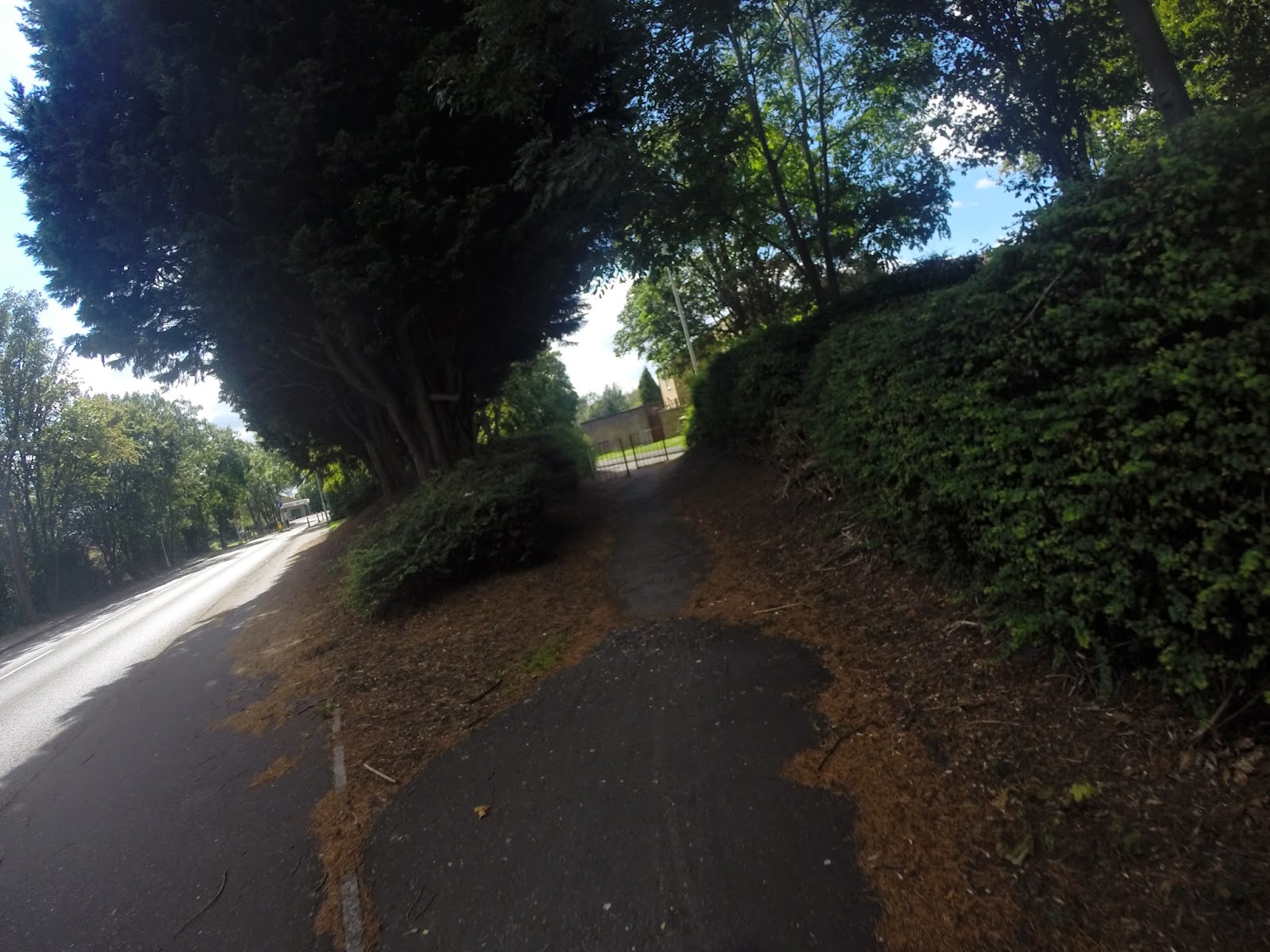 and on Cyclestreets. This is the cut through to Teversham Drift which keeps you away from the awful High Street environment. The barriers make it difficult for cargo bikes and child carriers. And there's no drop kerb. 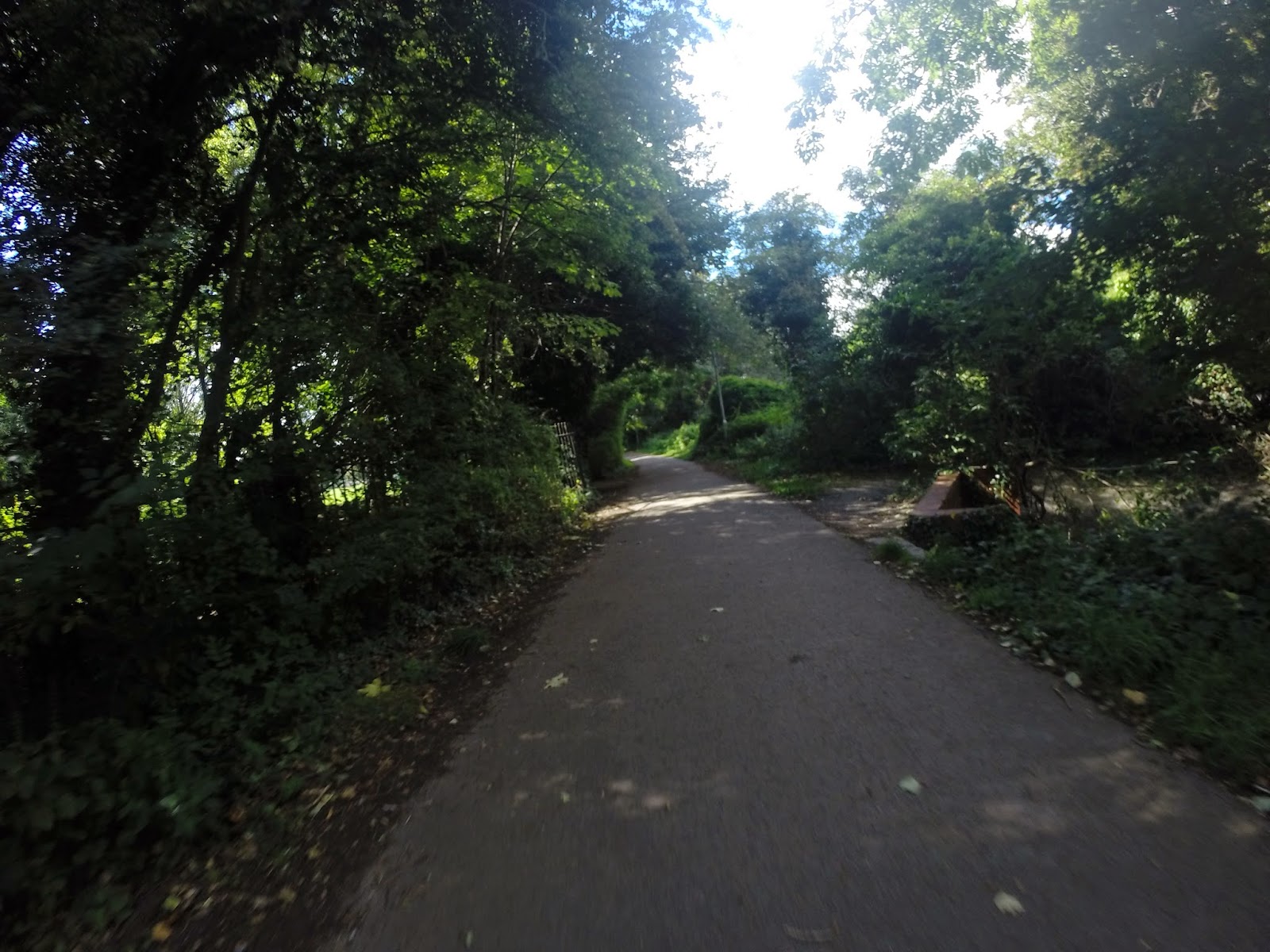 Shady lane has a stream for playing in right next to it. 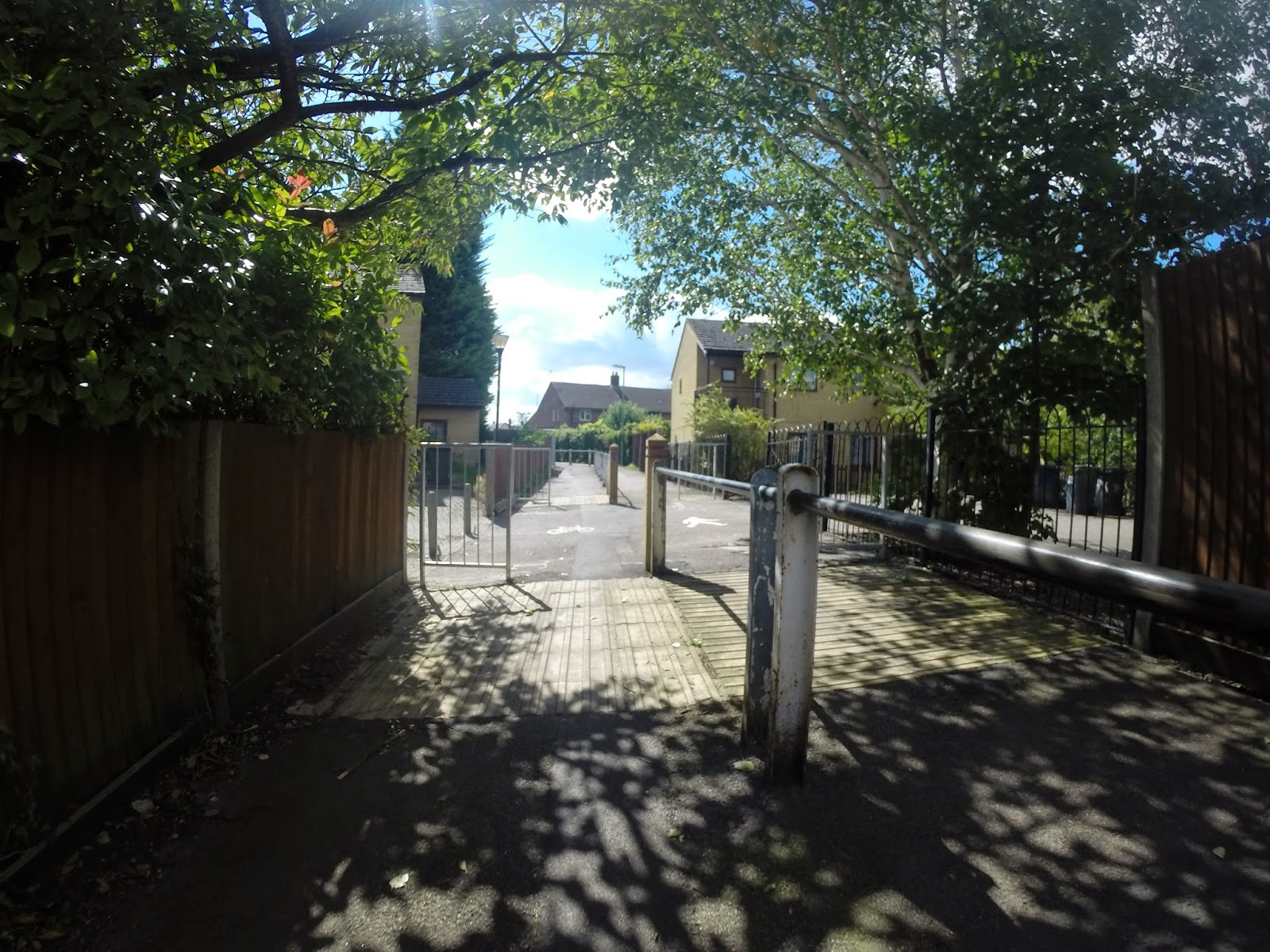 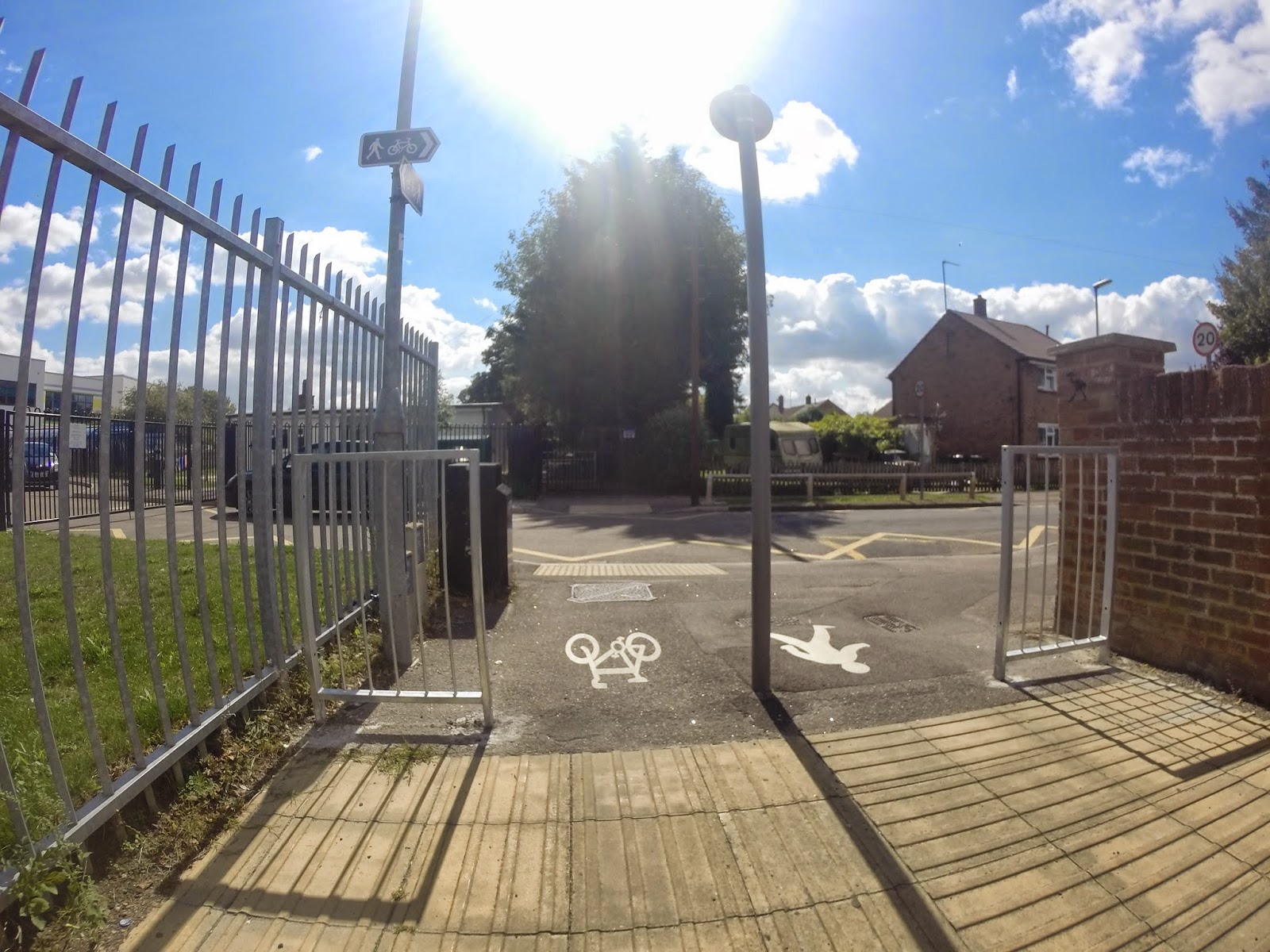 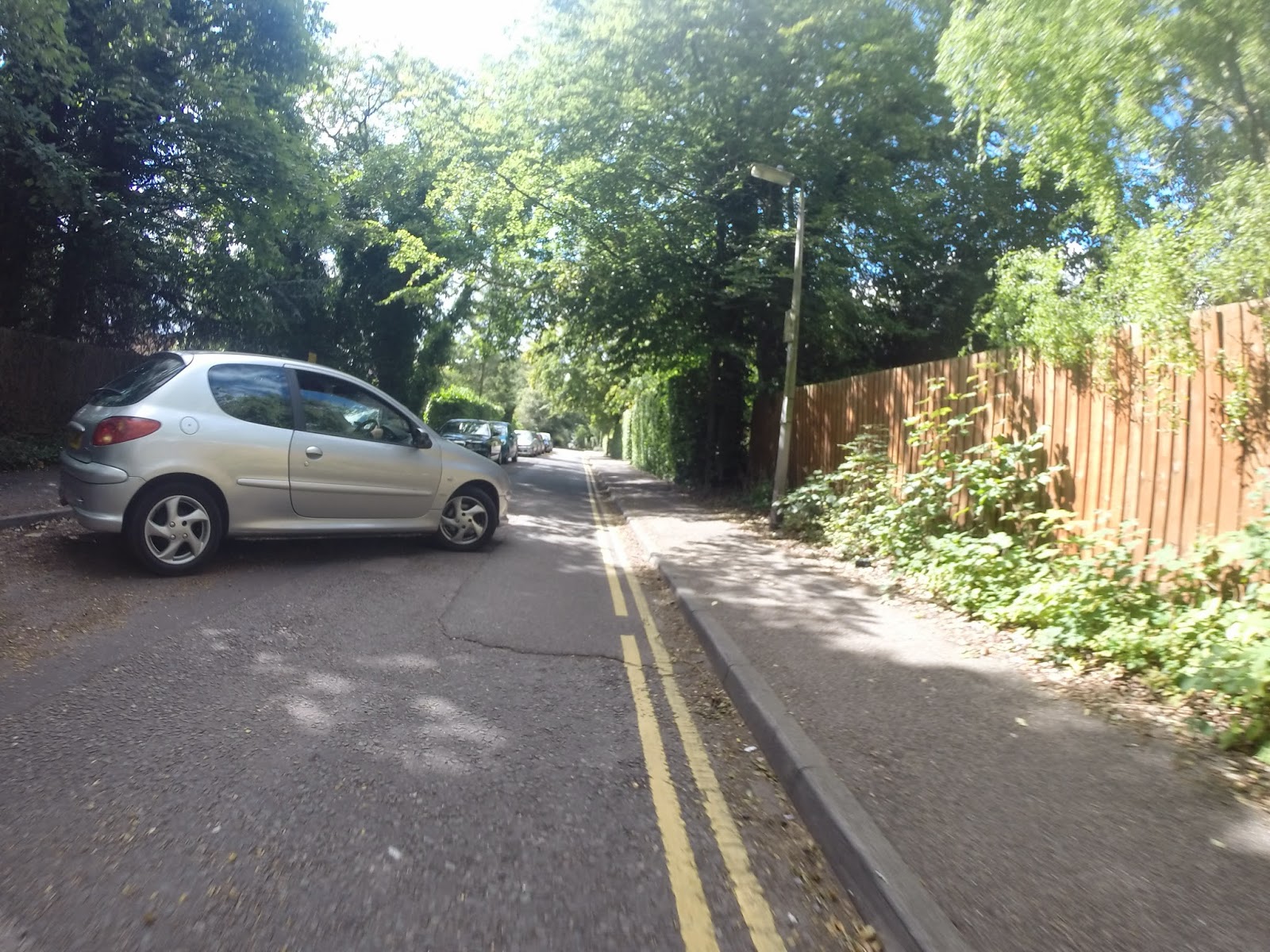 A useful cut through, although the surface is awful and cars can be unobservant whilst parking. 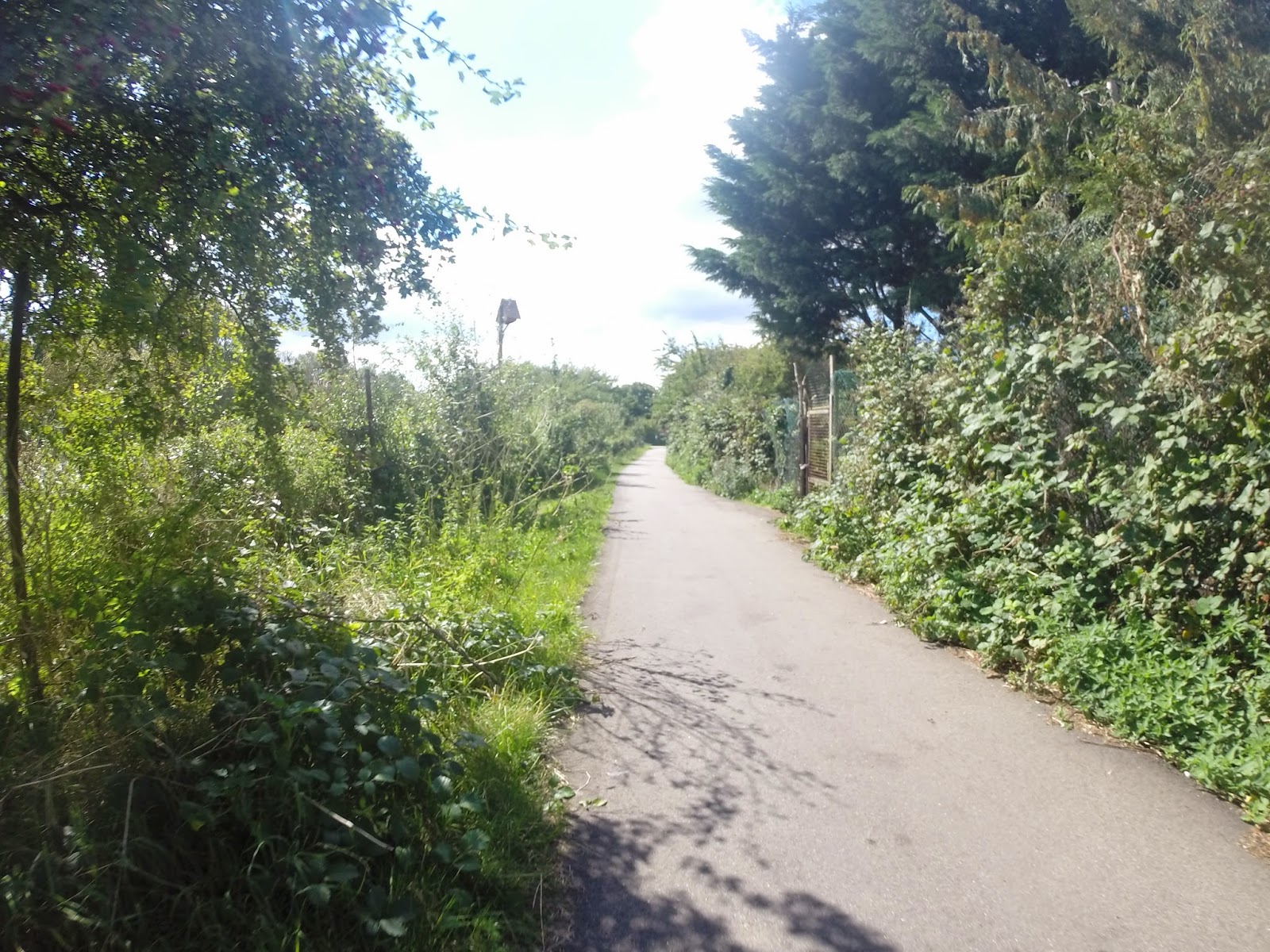 Paths around the allotments have been opneed up to bikes, always good to look for chickens! 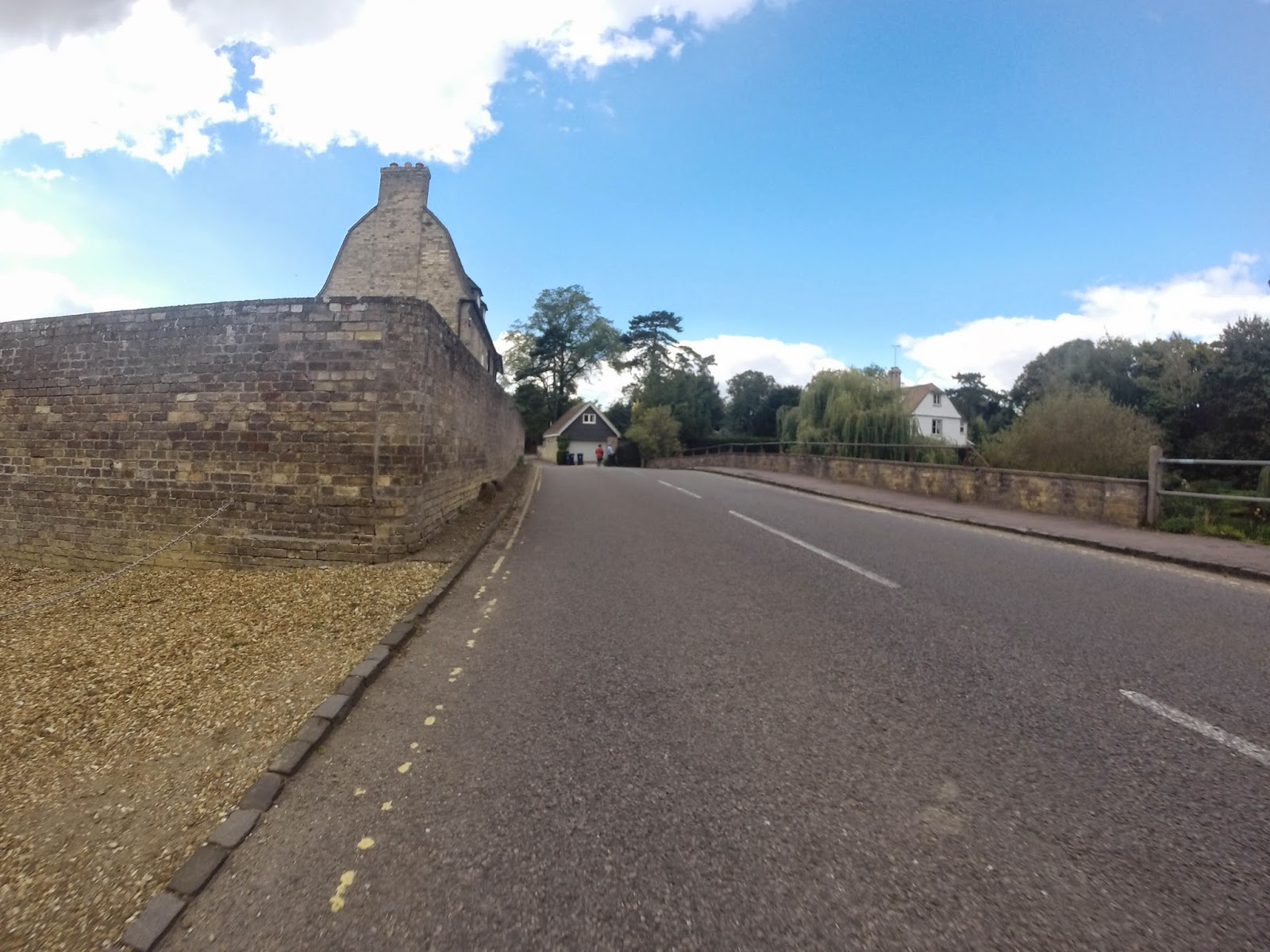 Quite pretty looking over the bridge. 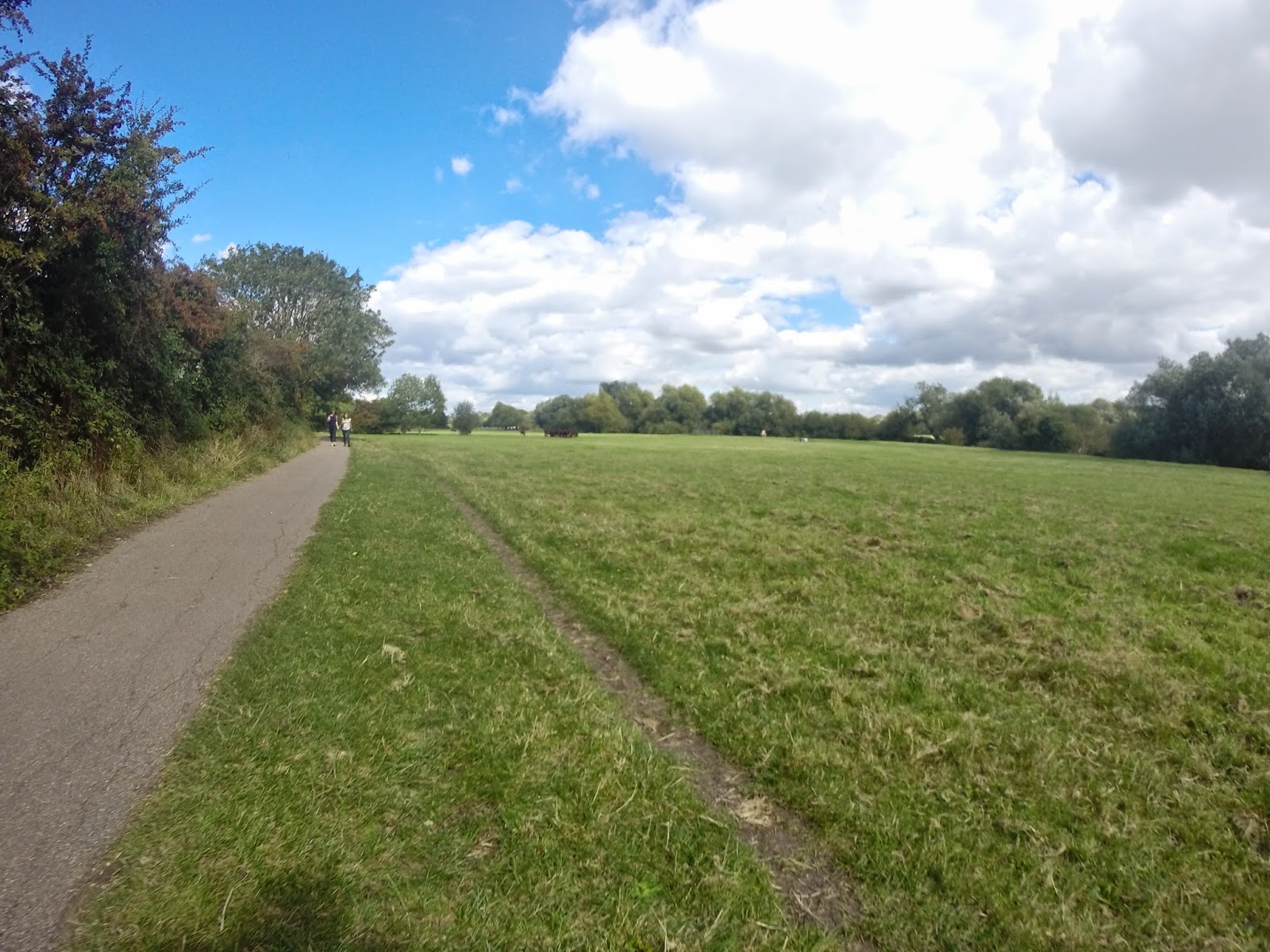 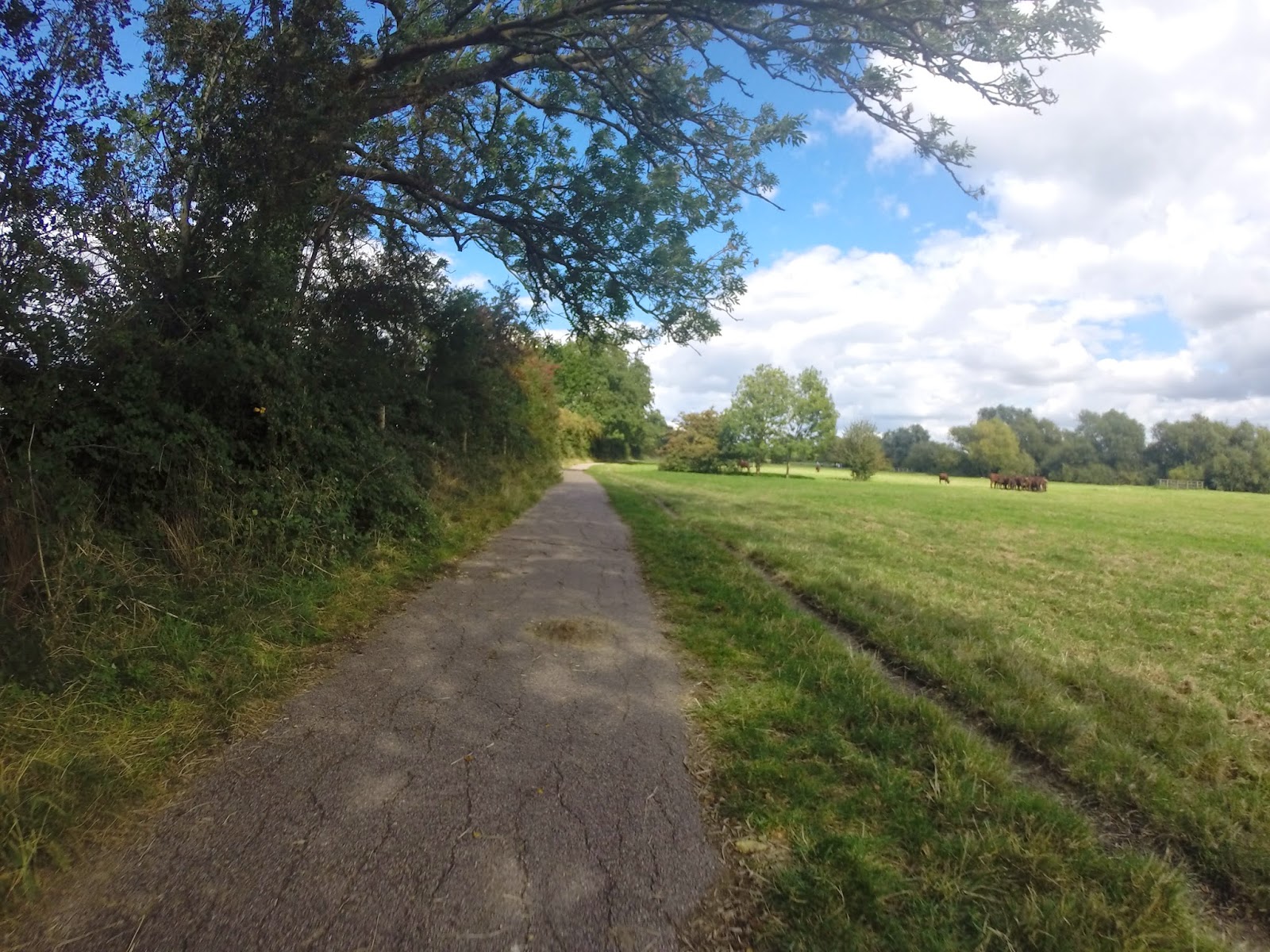 Cattle on the meadows 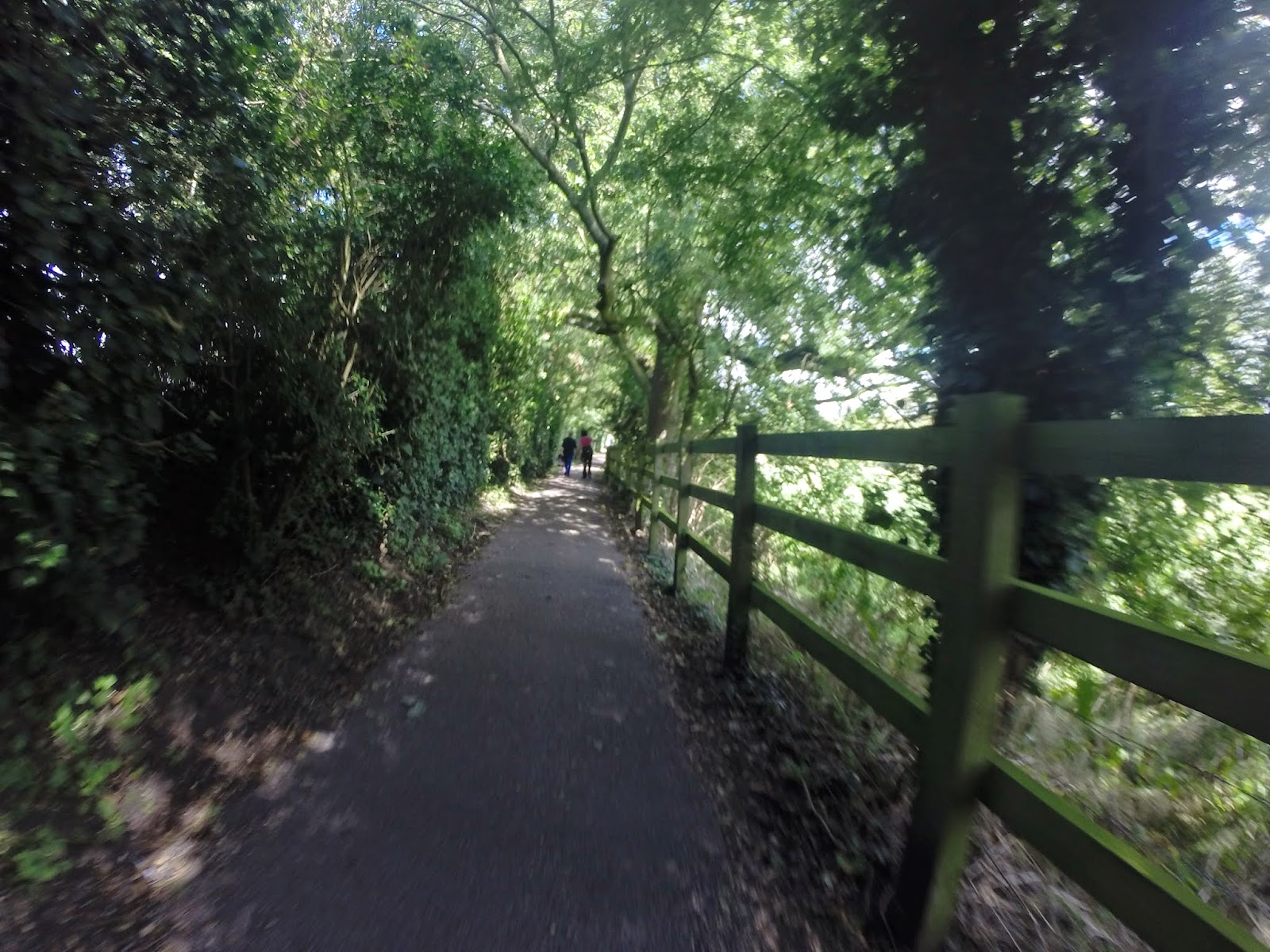 The narrow path to and from the meadows