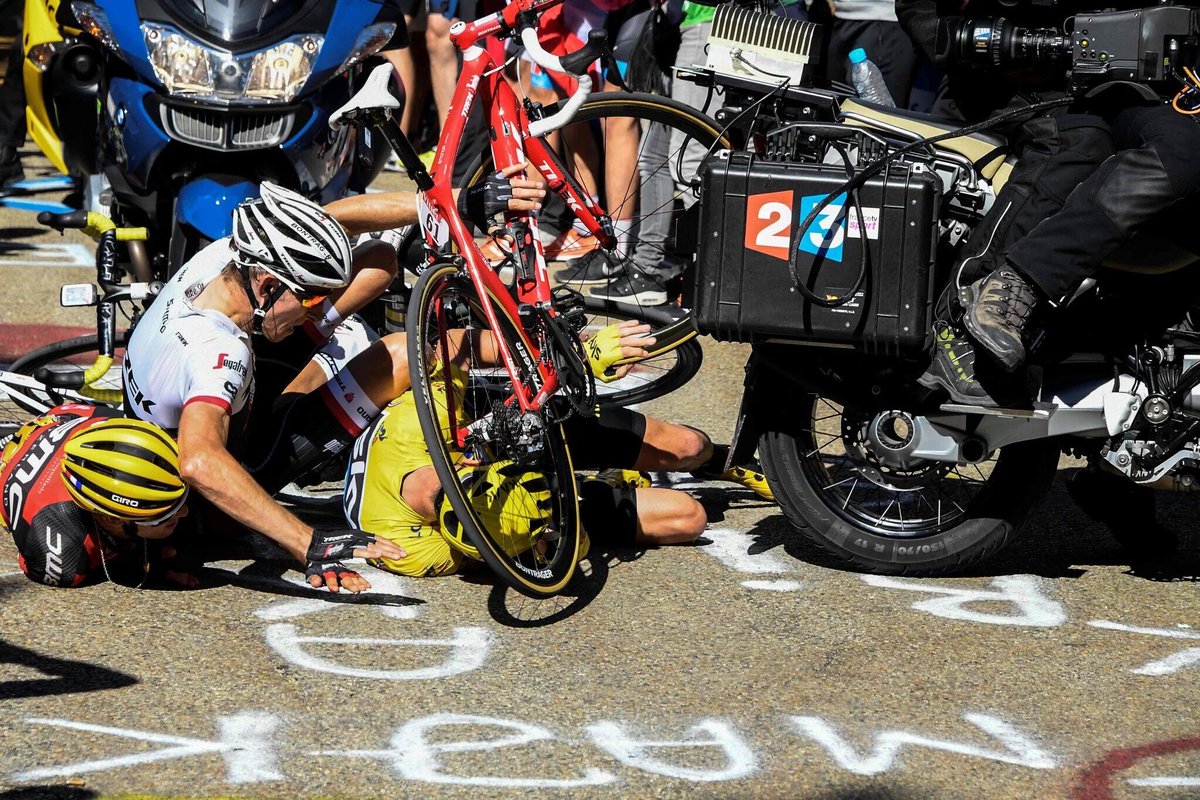 More and more people keep saying that it was a moto-bike accident on the #TdF today on Mont #Ventoux. The direct hit clearly was, but that's not what caused the accident.

The moto-bike rider had to stop suddenly to avoid hitting spectators that blocked the route. That caused the pile up, as it was a race, riders come very close to each other (unlike normal roads).

What really was the cause of the accident was the slowly failing policy of crowd control that hasn't really changed in several decades. The policy of having out-riders further up the road to clear the crowd back to let the riders race simply wasn't enough. The crowd was too big and concentrated on too small an area. Some will point to the shortening of the stage thus bringing several miles of already stopped spectators down the mountain to where they could see the race. However, we have seen similar scenes on Alpe d'Huez recently, so it's not like it wasn't predictable that this might happen sometime soon.

Now the organisers need to act. They've often shrugged their shoulders saying "What can we do?". More barriers would be a quick, easy, solution.

Quite rightly, riders could easily decide it's no longer safe to ride this race. What we need to decide is whether they want bike racing or a party of drunk people on a mountain with something vaguely going on in the middle.

UPDATE: Well the "organisation" seems to want to sweep the incident under the carpet.

The #ASO and #UCI commisionaires came up with the only result that they could. Despite this being failing the riders who were attacking (Mollema's time was after he crashed as well, so it's not what was happening on the road).

And the teams don't want to rock the boat in the middle of a race. Which simply isn't good enough. Rider safety was compromised by a failed policy of dealing with keeping them riding.

This needs looking at. Richie Porte was absolutely correct when he said that the organisation failed to keep the spetactors out of the way of racing riders. That's not acceptable, either for safety's sake or even for the benefit of seeing a good race. The farce the happened wasn't worth watching. And that needs to be understood by the people who actually organise these things.

Posted by RadWagon at 18:22 No comments: