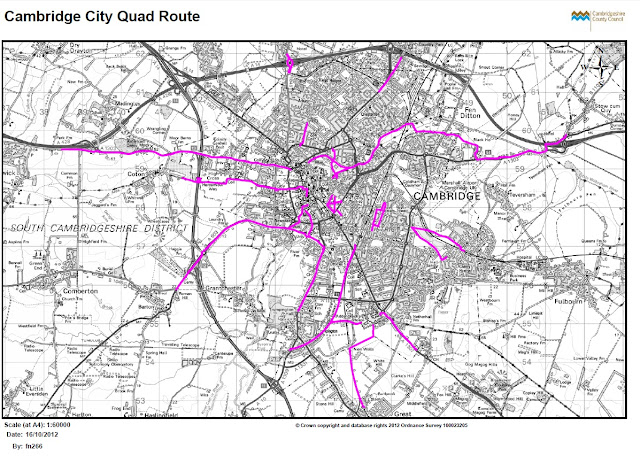 
In conclusion, a mark of 4/10 is probably appropriate for Cambridgeshire County Council's cyclepath gritting. That may be higher than the 0/10 that pretty much the rest of the country gets, but it still has the tagline "go back and try again", with an encouraging smiley face.
Posted by RadWagon at 16:35 No comments: