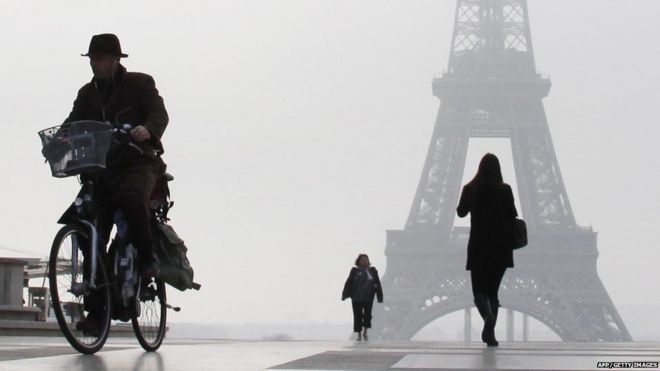 A BBC Report appeared on the Europe side of it's website. It's bold headline is "Paris to let cyclists skip red lights", which just seems extraordinary. Hmm.

So who thinks that "Paris to let cyclists skip red lights" is the most important part of this story? Okay, it's bold and brash, but really there's something more important here.

Phrases such as "Paris, blighted by smog this year" actually lead to something different. London, funnily enough, has a worse problem than Paris.

Then things like "Paris is looking to triple the amount of bicycle journeys in the city by 2020 - ensuring people use bikes for 15% of all journeys." might make you think.

What is London doing? Well there's lots of new fancy bike lanes. Well, actually not. There's a few headline projects. There's nothing that'll take the percentage of people using bikes across London (currently around 2-3% as it's not just the central area) to anything like 15%.

So, along with the older news that Paris has put in place temporary bans on half the cars, the news here is that whilst Paris is working hard to enable it's citizens to get rid of the pollution that kills thousands, London is doing pretty much nothing. All because politicians here are scared of taking on the motor lobby.

Thus we die, again I say, in our thousands because people in awe of the motor car have a toddler trantrum when things don't go their way.