Some of my non-camping friends always think I'm balmy camping in winter, especially in the recent snows. So, here's a brief pictorial guide to how it's not so bad.

First, you get these kind of views as soon as you get up. 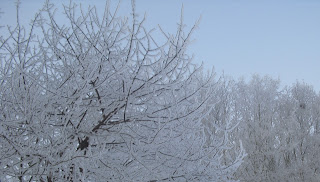 And plants seem to cope okay. 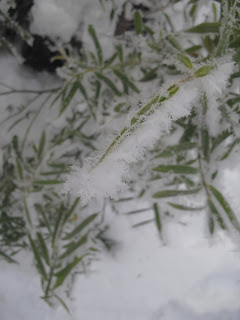 My tent closed up, with a solar panel for night time lighting. Yep, I'm using a cheap pop-up tent. There's no wind, and the fabric copes with low temperatures like the -15C we got one night. So a simple tent is fine, although the really cheap £10 festival tents probably aren't going to work! 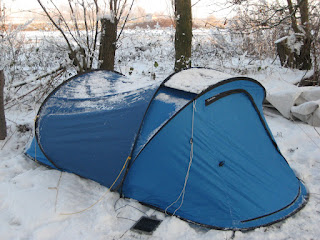 My tent open showing that it's fine and dry inside. With it being cold enough to have no water, keeping everything clean is pretty easy. When the temperature is 1C, life gets much harder! 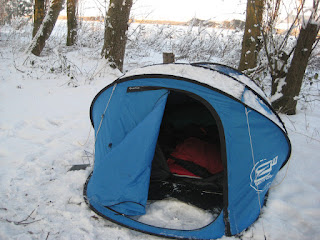 My tent inside with fairly simple bedding. I've inherited sleeping bags over time and now use a 3-bag technique to keep me toasty warm. 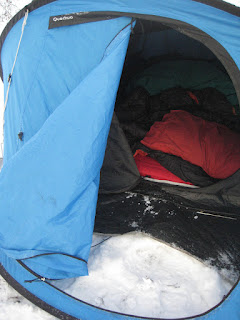 Since I drive to site, it's not essential to minimise weight and packed space, so this is fine and cheap. Having Thermorest or Alpkit self-inflating air mattresses is vital, and makes a big difference. Others might use blankets I guess. Final trick, as I'm not sweating during the day, I sleep in my day clothes.I've never been anything bar toasty warm doing this, with no need for hot water bottles.

Here are some of the others tents. 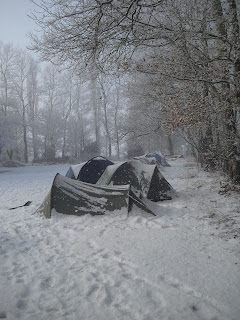 And our camp fire place. Looks a bit awkward to light? 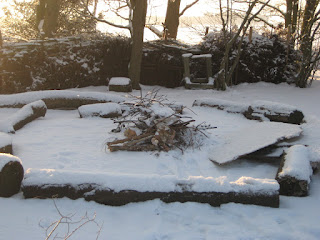 In the afternoon, the sun starts to come through giving some more views of tents. 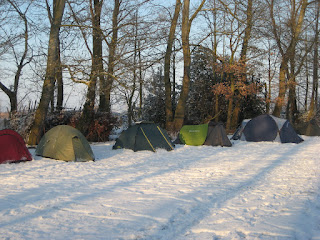 And the view out across the Fens. 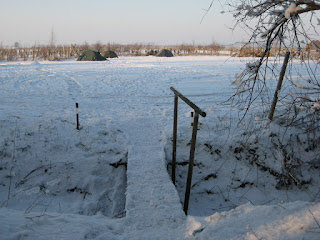 Our Willow tree is quite amazing, and lit at night resembles the holy trees in Avatar. 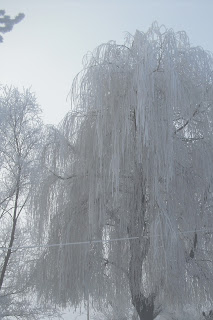 But, there's a wire going across the picture, why might that be?

A longer view shows the outside of our workshop, with stove producing smoke! 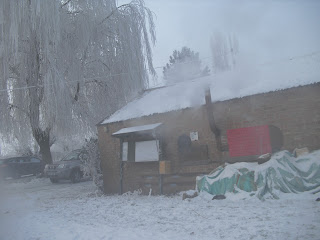 Inside, you can see the random nature of the work from our bench. 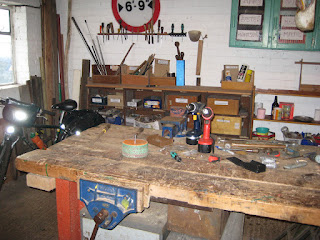 But also deduce that it's not quite as cold as outside from our stove fire! 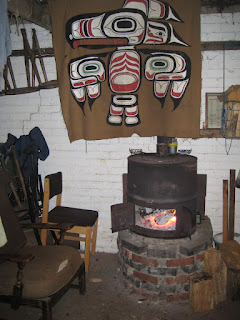 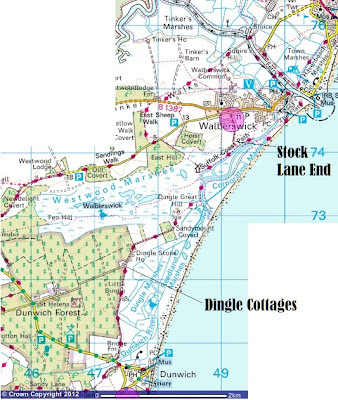 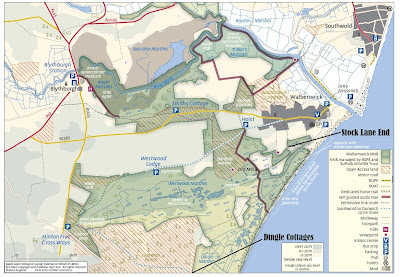 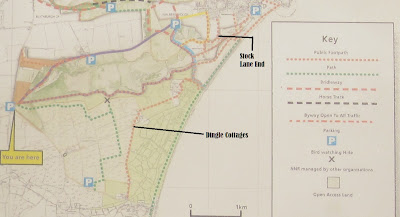 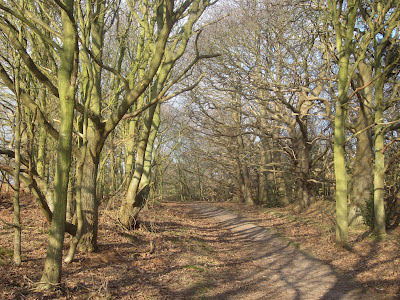 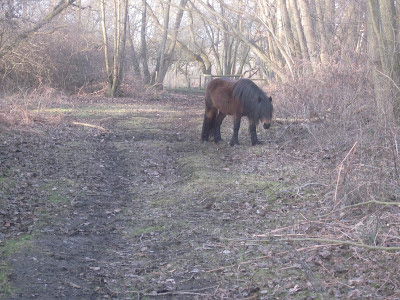 And finally, don't expect cyclists to do twice the distance just to get around a pedestrian area! What simply happens is you get no cyclists. That's in no-ones interests.
Posted by RadWagon at 11:51 1 comment: