The Tour of Cambridge

On Monday 7th July, the world's biggest bike race is coming to Cambridge. Whilst most people may think this is just a bike race, my experience of it over many years of going to see it in France, is somewhat different. It's a pageant, a festival, a celebration of all things good about being outdoors in glorious summer. Locals do their utmost to show off their neighbourhood, to let the world see why coming to their part of the world is more than desirable, it's essential for wellbeing.

With that in mind, I set out to record the route through town and celebrate, with a little British panache, the places that it passes. I've created a guide to the route with some musical accompaniment (of fanciful quality) and listed places of interest with links for further interest.

I'd recommend watching the video in full screen with the sound turned up. This has lots of twists and turns that's worth staying around for! 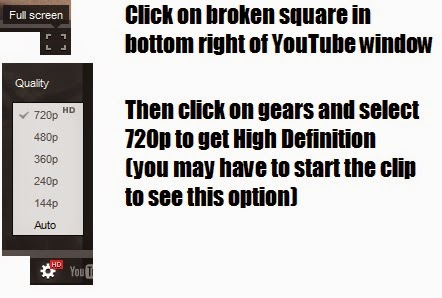 Cambridge has many places of interest. I attempt to give you a brief guide to the more famous ones as they appear on the clip. If you need more, Wikipedia has all these places listed and tourist sites, such as Visit Cambridge, contain much more information.

There are many further curious corners, along with hotels, restaurants, and a large selection of independent shops, throughout the location of this film. This is all easily accessible along verdant paths and quiet streets by bike, the quickest way to get around!

0:42 to the right. Parkers Piece. 25-acre common, now regarded as the birthplace of the rules of Association Football.

0:51 visible ahead to the left. Our Lady Roman Catholic Church. An imposing example of the 19th Century Gothic Revival, it was built to the designs of Dunn & Hansom of Newcastle between 1885 and 1890.

2:03 on the left. St Andrew’s Street Baptist Church. The Bunyan Window is a notable feature of the building.

2:10 on the right. Emmanuel College. The college was founded in 1584 by Sir Walter Mildmay, Chancellor of the Exchequer to Elizabeth I.

2:33 on the right. Christ's College. The college was founded by Lady Margaret Beaufort in 1505 and was the twelfth of the Cambridge colleges to be founded in its current form.

3:04, on the left. Wolfson Building, Trinity College (see Trinity below).

3:35, on the right. St John's College. The college was founded by Lady Margaret Beaufort in 1511.

3:53, on the right. Trinity College. The college was founded by Henry VIII in 1546, from the merger of two existing colleges: Michaelhouse and King's Hall.

4:17, on the right. Trinity Lane, public access to The Backs. The Backs is a picturesque area to the east of Queen's Road where several colleges of the University of Cambridge back on to the River Cam.

4:33, on the right. Senate House. The Senate House of the University of Cambridge is now used mainly for degree ceremonies and was built in 1722–1730 by architect James Gibbs in a neo-classical style using Portland stone.[2]

4:35, on the left. Great St Marys. The present building was constructed between 1478 and 1519, with the tower finished later, in 1608. The cost of construction was covered largely by Richard III and Henry VII.

4:35, ahead on the right. The iconic Kings College Chapel. The building of the college's chapel, begun in 1446, was finally finished in 1544 during the reign of Henry VIII. King's College Chapel is regarded as one of the greatest examples of late Gothic English architecture. It has the world's largest fan-vault, and the chapel's stained-glass windows and wooden chancel screen are considered some of the finest from their era. The building is seen as emblematic of Cambridge.

4:54, on the right. Kings College. King's was founded in 1441 by Henry VI, soon after he had founded its sister college in Eton. The screen and gatehouse of Front Court was completed in 1828 under plans drawn up by William Wilkins.

5:14, on the left. Corpus Chronophage Clock. Translated as "time eater", this clock was officially unveiled to the public on 19 September 2008 by Cambridge physicist Stephen Hawking.

5:26, on the right. St Catherines College. The three-sided court was built during the period 1675 to 1757 and is one of only four at Oxbridge colleges.

5:31, on the left. Corpus Christi College. Founded in 1352 making it the sixth-oldest college in Cambridge. The only college established by Cambridge townspeople.

5:38, on the left. St Botolph Parish Church. The church was by the south gate of medieval Cambridge. The existing church was built in 1350.

5:42, on the right. The Pitt Building. Neo-Gothic building designed by Edward Blore, & completed in 1832. Named after William Pitt the 18th Century Prime Minister.

5:49, on the right. Mill Lane to Mill Pond and Coe Fen. A large part of the green swathe through Cambridge following the river Cam, often with cattle grazing. Coe Fen forms a natural area that was once important for the commerce of Cambridge.

5:51, on the left. Pembroke College. On Christmas Eve 1347, Edward III granted Marie de St Pol, widow of the Earl of Pembroke, the licence for the foundation of a new educational establishment in the young university at Cambridge.

5:54, on the right. Emmanuel United Reformed Church. The current church was built, opening as Emmanuel Congregational Chapel in 1790.

5:58, on the right. Little Saint Mary's. The current church was built in 1352, having the dual purpose of College Chapel to Peterhouse and Parish Church.

6:03, on the right. Peterhouse College. It is the oldest college of the University, having been founded in 1284 by Hugo de Balsham, Bishop of Ely and granted its charter by King Edward I.

6:14, on the right. The Fitzwilliam Museum. The museum was founded in 1816 with the bequest of the library and art collection of the 7th Viscount FitzWilliam. The "Founder's Building" itself was designed by George Basevi, completed by C. R. Cockerell and opened in 1848; the entrance hall is by Edward Middleton Barry and was completed in 1875.

6:33, on the left. Old Addenbrookes. Addenbrooke's Hospital was founded in 1766 on Trumpington Street, but in 1976 it relocated to larger premises further out of the city to the southeast at the end of Hills Road, hence the name of this site now.

7:59, on the left. Botanic Gardens. The garden was created for the University of Cambridge in 1831 by Professor John Stevens Henslow (Charles Darwin's mentor) and was opened to the public in 1846.

8:11, on the right. Coe Fen. A large part of the green swathe through Cambridge following the river Cam, often with cattle grazing. Coe Fen forms a natural area that was once important for the commerce of Cambridge.

10:53, on the left. Wingate Way. Not currently historical, but will be when the bike race really starts at this point, having been neutralized through the streets of the centre.

11:21, on the left. Trumpingon Village Hall. Trumpington is a village on the outskirts of the city, with a long tradition of agricultural learning centred at Anstey Hall is a former country house built c.1700 within its own parkland.

12:35, on the left. Addenbrookes Road to Addenbrookes Hospital and Nine Wells. The springs at Nine Wells is the source of Hobson's Conduit, bringing fresh water into the city.

13:52, ending in Great Shelford. Great Shelford is a village located approximately four miles to the south of the city. President of the United States Barack Obama traced his ancestry to the village in 2009.
And to Come. The route out from Cambridge to the Cambridgeshire border....

A guide to the musical whimsy behind the video, with a fantasia of popular British classical pieces. Although it's interesting to note the wide variety of European influence included!

We start with the 1812 Overture (Tchaikovsky) with it's use of La Marseillaise (French national anthem) to mark the entrance of this great French race. But are we in France? No, this is Britain!

So, we quickly despatch Tchaikovsky and move to the central piece in The Planets Suite, Jupiter (Holst). Holst, of mixed Swedish, Latvian and German ancestry, composed it in 1915 whilst living in nearby Thaxted. The piece has long been associated with traditional English culture having been influenced by folk music. It takes us from Our Lady Roman Catholic Church at the north end of Hills Road (locally referred to as Hyde Park Corner), up Regent Street and St Andrews Street, with the final crescendo as we enter the centre of town.

In town, we switch to a short phrase of A Young Person's Guide to the Orchestra (Britten), written in 1945 to be an inspiration to youngsters by another East Anglian composer. Then, as we pass through the historical, collegiate centre of town we go through an inconic classic, The Pomp And Circumstance March No.1 in D Major (Elgar). This is called "The Graduation March" in some parts of the world, so it seems appropriate here, especially at the surge of "Land of Hope and Glory" as it passes the Senate House where Cambridge graduation takes place. And it's no co-incidence that this is where the most iconic sight of Cambridge, Kings College Chapel, also appears!

As we start to pass out of the centre, we move into Zadok the Priest (Handel). Handel was born in 1685 in Halle, Duchy of Magdeburg (now in Saxony-Anhalt, Germany), and moved to London in 1712. He composed Zadok the Priest for the coronation of George II of Great Britain in 1727, and has been sung at every subsequent British coronation. Again, the rousing vocal entrance happens as we see the stunning Fitzwilliam Museum in all it's glory.

As we start to move out of town, the riding will speed up in anticipation of the bike race to come. And the music seeks to follow this excitement with The Sailors Hornpipe from the Fantasia on British Sea-Songs (Wood). It was written in 1905 by Sir Henry Wood to mark the centenary of the Battle of Trafalgar. The hornpipe is a traditional Irish, Scottish and English dance.

Finally, we come back to France with Boléro (Ravel), knowing that we are on our way there! Ravel was born in the French part of the Basque country and was influenced by Basque-Spanish heritage, including local folk songs and dances. The piece, which premiered in 1928, is based on traditional Spanish dances. It seemed very appropriate.

Cambridgeshire County Council have given much encouragement and support to creating this film. Please do note, no taxpayers money has been spent! I've done this to celebrate the city of Cambridge and it's bike culture.

Simon, my trusty companion during the main ride. He had my back as I was trying to get the best camera angle on the road. A job not without the odd jumpy whistle!

Outspoken, for the loan of some of the camera equipment and for general support in getting this project underway.

Cab, for the loan of more of the camera equipment.

Explosion at 0:49 courtesy of Mark DiAngelo.

The route out from Cambridge to the Cambridgeshire border....