Going north-east up National Cycle Network Route 11 from Cambridge, there's a break in the route. It follows the river Cam up to Waterbeach then disappears to re-appear about 2 miles south-east heading up to Wicken Fen in a parallel fashion. Between these two ends, there are a few paths and two river crossings at Clayhithe and Bottisham Lock.

View River Cam and Green Lanes in a larger map

This little trip and video clip was partly an investigation into that gap which has 2 obvious solutions.

It looks like both routes are experiencing some opposition, maybe from the landowners, maybe not.

Hatridge's Lane is private, although there are public footpaths that do a similar route, a few dozen yards away. "Private" signs are clear, which can simply be the landowner not wanting people to accidentally come this way, of course.

This route has probably the least impact and least building costs involved. However, it's not the proposed option.

Starting opposite Waterbeach railway station car park looks better to begin with. This is already a public footpath, has space, and in semi-public ownership.

However, looking at the below video clip, Burgess Drove quickly deteriorates and would need some work, especially as it's quite well used by other vehicles.

Then Bottisham Lock is a very narrow crossing currently with steps. That would not work with larger or loaded bikes.

Then, when approaching Bottisham Lode there's clear signs of antipathy towards cycling. Or possibly simply trying to stop the tide. I'm sure many cyclists don't know what to do when getting to the end of NCN11 and just try pushing through. Anyway, here's the signs on both routes on. 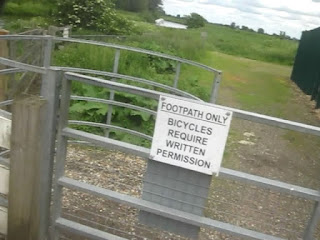 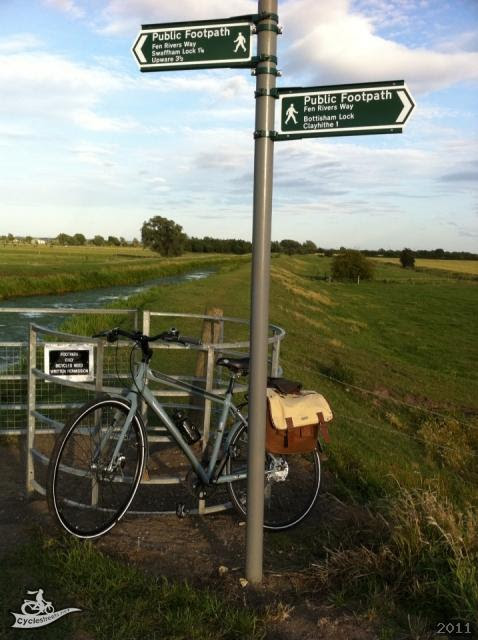 
The latter photo is the proposed route down to Lug Fen Causeway where the path quickly joins the public road across a bridge.


So which route should the NCN11 try to take to join up? My preference would be neither.  Although I'd start along the Bottisham Lock route, I'd much prefer to continue up the river to Upware, then cut back at a better angle to Wicken Fen. However, much has already been done to bring the route through to Lug Fen Causeway that would make that a very unlikely option! 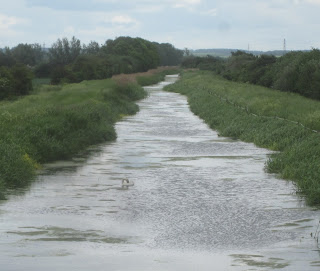 Later on my route, I found myself wondering why the residents of Lode had so many cars. Suddenly, it clicked. This was overflow from the Anglesey Abbey country house run by the National Trust. 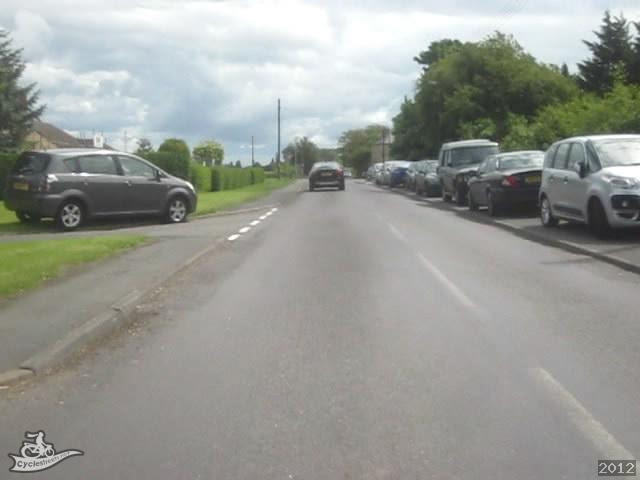 
I did clip about this separately as I thought it quite awful. As I say on the clip:
This is within a mile of a good off-road cycleroute from Cambridge. So, rather than spending money building more parking space and concreting over the country yet further, why not invest the same in a decent off road route as a public donation? There's plenty of space and I bet many people visiting would rather have the family outing in more pleasant environment of being on a bike.

The second part of this trip and video clip, was to look at the green lanes that straddle the space between the fens lodes and the hills to the south east. This has some history as it was the route that tribes to the north-east, like the Iceni, would travel down to the south west, and to the Icknield Way. Fleam Dyke was one the the defenses put up in harder times.

Out from Bottisham on the High Street, there's a short stretch of the A1303 to negotiate. It's unpleasant but is a large road with very clear sight lines. Cars still shoot past far too quickly, mostly as they have no idea of what the impact of their car is at such high speed whilst cocooned in a padded saftey cell. But it's only a short distance. Plenty of space for an off-road cyclepath though!

The turn off the A1303 is a little unwelcoming but battle on through the scrapyard, the overrun tarmac bridge over the A14, and there's a pleasant track quite soon.

The clip shows this bit best. The first bit is a quiet lane leading towards the Westley and Dullingham in the villages along the hill tops. Again, this offers a great way of getting between these places without having to go anywhere near main roads. The route is shown as the now defunct "road used as a path". It's clearly been blocked from motorised vehicles, so drops to being a bridleway.

The second section is perpendicular to the first and provides a way of getting from Newmarket to the Wilbrahams and the on into Cambridge.

This shows the full trip at 8 times speed. Key points are as follows.