With the 2012 Tour de France almost upon us, I thought I'd put up some of my pictures of Alpine places visited in previous years. Some of these they are going to this year, some not!


First, a place they aren't doing this year, Col d'Izoard. We camped there, within a dozen yards of the top, in 2006. The Race going over with the eventual winner, Oscar Pereiro, in yellow. 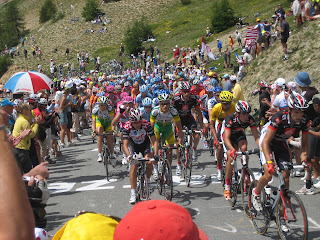 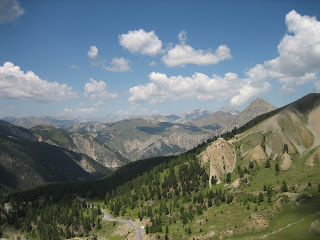 Col d'Izoard, the road view north. This was to Briançon. I picked up a Tour de France roundabout sign from there, right in front of the Gendarmes. Mind you the race had already gone through, so it was fair game. 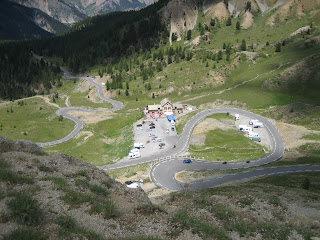 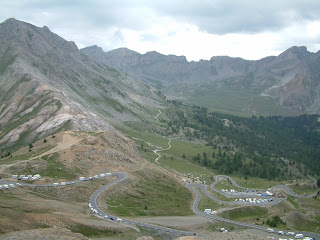 Col d'Izoard, the view south through Casse Déserte, a notorious spot at the end of the climb from the south. 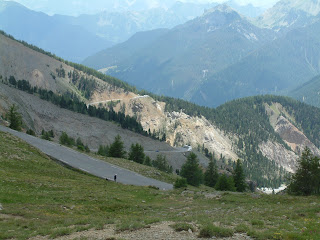 The view back up through Casse Déserte, towards Col d'Izoard. Yes, I cycled down then up for a bit of fun. Got caught behind a car on hte way down. Ain't just always the way! 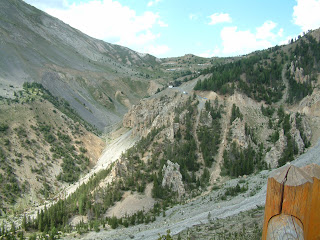 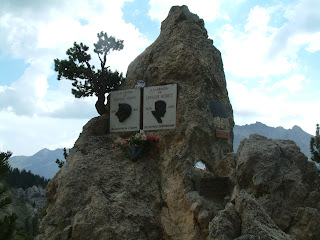 Now on to Col de Richemond, which is a much smaller climb. They are going over this in 2012. We camped on the banks of the Rhone the day before and came up on the day. It was a last visit during the 2002 Tour. First, the race going past on it's way up the east side. 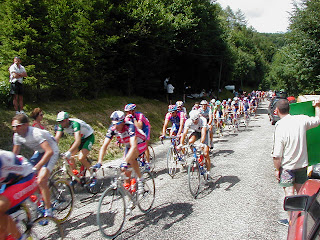 Col de Richemond. The view back down to the Rhone valley where we camped. 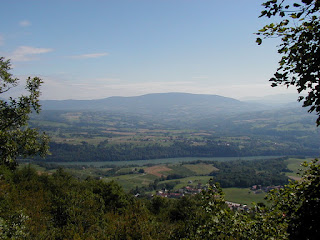 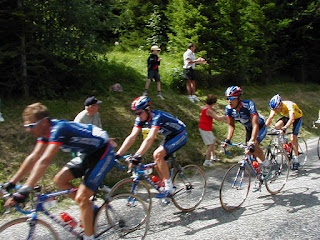 Col du Galibier. One of the main climbs in the Alps that we visited in 2002. This year it's not being used. This is the view north. 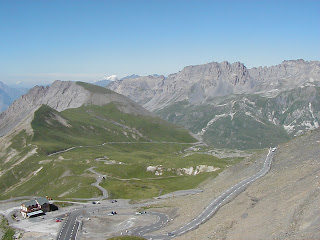 Col du Galibier. And the view south-east towards Briançon. 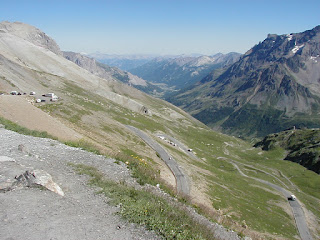 Col du Galibier. The Henri Desgranges memorial. That's the guy who thought of the race in the first place (or Géo Lefèvre some say). His idea to sell his newspaper was to highlight the delights of the French countryside, including it's many wines and cheeses, by sending round many journalists following the cycle race. in the first year, 1903, there were 6 stages with the longest being 293 miles, around twice as long as nowadays. 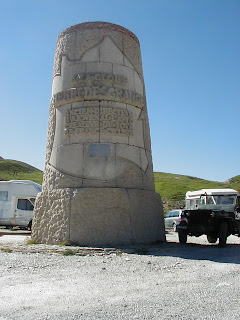 And onto Col du Glandon. This was done a lot in the late 1990s and early 2000s. We visited in 2002 and 2006 but only as a ride through. In 2006, I did cycle up from the lake just to the south of the summit. Mainly as I only had a few minutes before the race was due to pass. This is the view north towards Col de la Madeleine. 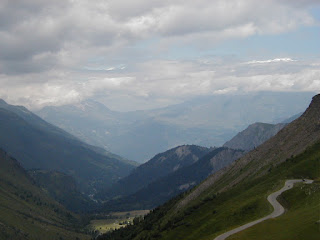 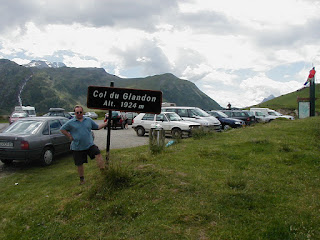 And this is the view Col de la Croix de Fer, which is the main climb with Col du Glandon on it's slopes.

So onto Col du Lautaret, which isn't in this year's Tour. We camped on it during 2006. Here's a Tridem going up the west side. 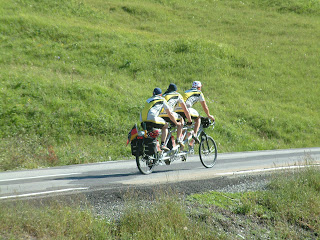 Col du Lautaret. The view of the Lautaret glacier, pretty much on a level with out campsite. 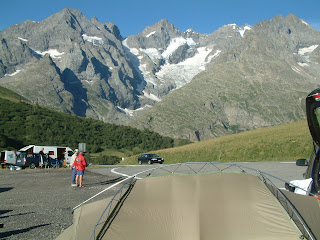 Col du Lautaret. The race comes past and we got a Cofidis bottle, from Bradley Wiggins himself! 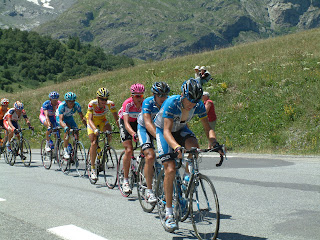 And a last col, the Cormet de Roselend. They aren't going here this year. We visited in 2002, camping just at the head of hte valley before coming up on the day. Yep,  that's my car parked right at the top. 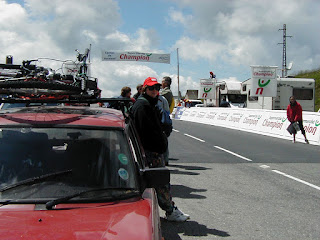 Cormet de Roselend. The view south towards Bourg Saint Maurice. We could see them climbing for ages, steadily becoming a bit more than dots, until they appeared below. 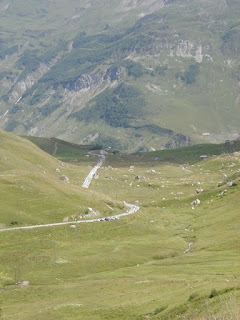 Cormet de Roselend. The race comes past, eek, my car! 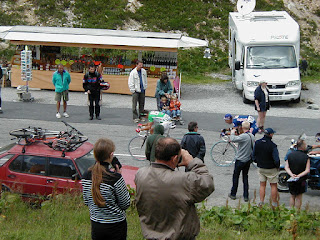 For people that don't know, to while away the time before the race appears, the Publicity Caravanne passes throwing out freebies. The vehicles are all shapes and sizes. 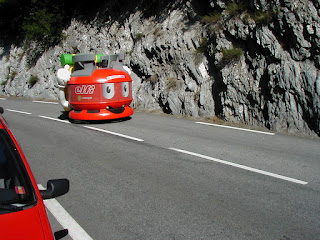 Final Goodies Haul from the 2006 Tour. 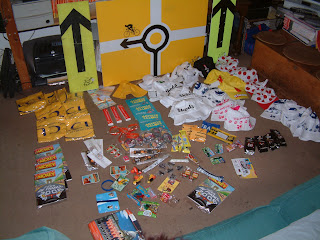