This roundabout is a crucial part of a major motor route going south - north in the east of Cambridge city. It's also part of a cycle route going east - west and, more importantly, a hub of a local community with nearby schools.

Recently it's been noted that the current design causes considerable conflict between different transport modes with the inevitable damage to the more vunerable road users.


There have been 16 reported accidents involving cyclists on the Radegund Road roundabout in the last five years, three of which were serious.

All the STATS19 accident data I can find (which may not cover the same years as the above note) shows it's people driving going into people cycling from behind, short of one report which was someone cycling falling off on their own. Not a single instance of anyone cycling without lights or weaving/jumping out into traffic. It also should be noted that there's a trail of further accidents up Radegund Road and a little on Perne Road (south) but nowhere else.

So, changes are proposed by Cambridgeshire County Council.

Here's the diagram of the changes. It consists of a two main changes. 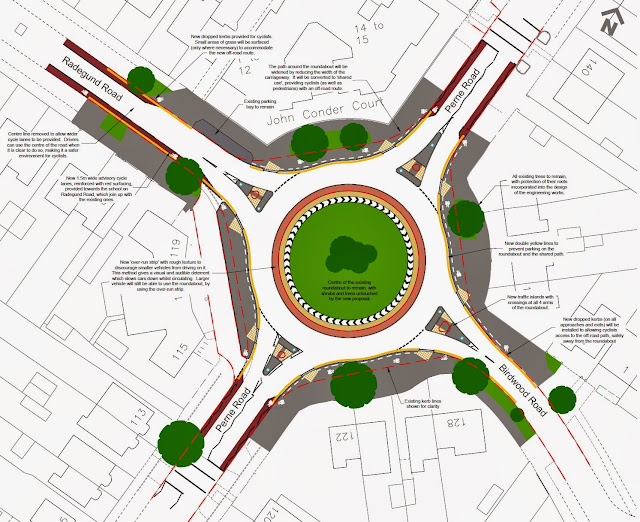 Whilst the speed reduction measures are useful, this is a proposal woefully short of delivering a decent cycle infrastructure that this junction demands. This has been written up by others so I won't go into all that here.

There are a few notes to make about the general ideas here. The slowing down of people driving here is good. I'd suggest it doesn't do enough of this. This is because a lot of people worry that vehicle journey times may be increased by slowing the peak speed through the roundabout. The ARCADY analysis has been done to suggest this will not happen. And to an extent, it's clear that speed through this area in general is not going to be reduced greatly by changing this one junction. It's simply a question of getting to the next queue of cars at the next junction a little later.

The ARCADY analysis of the junction is quite a tome and peppered with analytical terms and a lot of acromyns making it quite a hard read. A few notes.

The only postive note for people cycling is that it will allow people who find the roundabout itself unappealing and give them space to ride out of it. This sounds like it's a great idea for the local school kids. However, as anyone whose been near this junction when the schoolchildren are riding to or from school will say, the already use the pavements. Perhaps legitimising this behaviour is a good thing, it's just not a great deal for people cycling in general.


So, the entire analytical section of this junction proposal is to show that vehicle interaction is not impaired, and actually shows that it's improved. There's nothing in this to look at how this junction can be improved for people cycling. It may, it may not. There's just no analysis of it.

So, how about some analysis of the cycling infrastructure of the anecdotal nature? After all, that's all we've got.

For those people who don't want to cede way at 3 occasions (going straight on) or 5 occasions (turning right), they are left in a narrow lane. Well, it's just narrow enough for some people driving to feel they can pass someone riding leaving a metre or so of space. This is in a turning, twisting space. And effectively a cut back in at the exit of the roundabout. Hardly very safe. The design here looks to make things less safe for people riding in the carriageway.

Looking at how the junction works brings up several things. Here's a clip.

The clips bring up two items from a cycling point of view.

Not all the damage caused is a direct result of people driving over the cyclelanes. The obvious direct damage is the missing paint. This quickly gets removed by car tyres. The broken up surface is more indirect. Vehicles heavier than a bike create a lot more wear on the road surface and sub-structures. That, in turn, allows water in and weathering has a strong effect on the break-up of the surface.

Well, the cyclelanes are being taken out of the Perne Road part, so why does this matter. The near miss on the clip illustrates a big issue. The cyclelane exit onto Radegund Road is quite close to the junction. It's all too easy to see that the cyclelane here will be run over. Just in a place where people may be riding back out into the road space in what would normally be considered a safe space not intruded on by motor vehicles.

This really isn't helped by the shared-use path also crossing the exit of the shops parking spaces. It means people riding have to focus on both directions to avoid being hit. The route needs adjusting and protecting. This has already been done elsewhere in Cambridge, why not here?

And it's not the boy (and girl) racers that are the big concern here, it's the poeple whose focus is not entirely on the road. Thinking about what to cook for dinner, or what that meeting was about, and not considering that slightly slower lump of person just off to the left. It's a well researched phenonomen that after a few minutes of driving people stop focussing as much as they should. 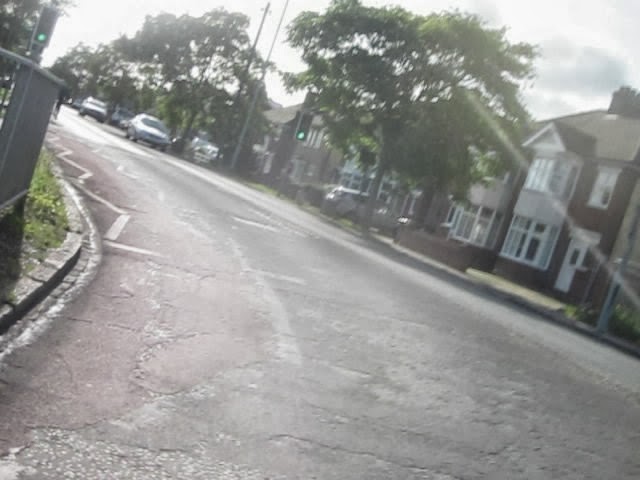 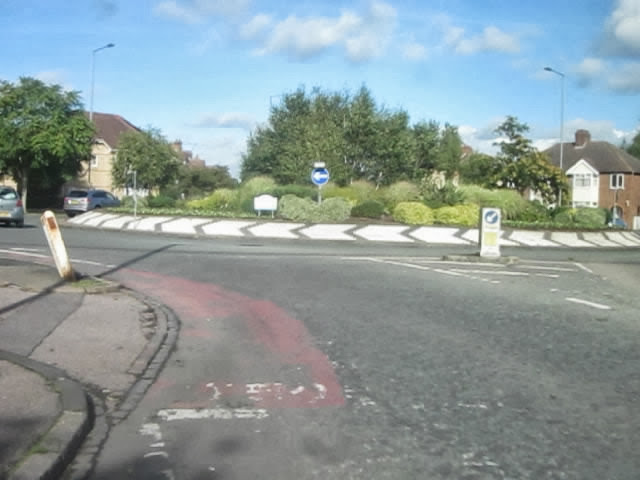 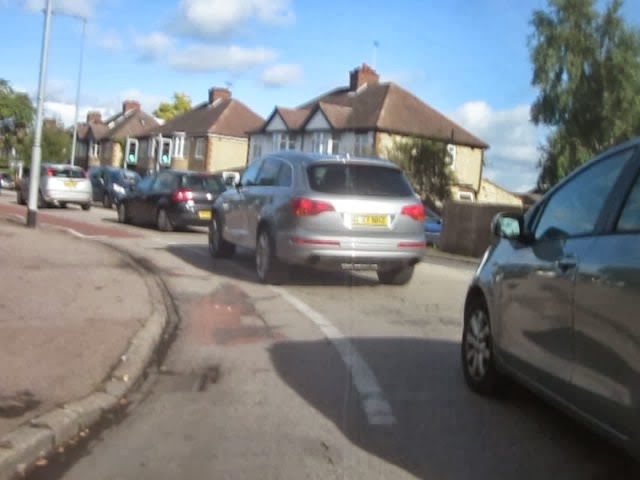 Cyclelane wear on Perne Road (north) and some obvious reasons


Parking on Radegund and Birdwood Roads

Getting onto and off either of these roads is distinctly hostile. And it's down to the on-road parking that occurs. This needs removing and enforcing.Let's not confuse that with the off-road parking as it's is good and useful if it's for someone with limited mobility.

The obvious and pretty limited change would be to remove it up to the schools at either side of the junction. It's not obvious why any local homeowners need on-orad parking. The houses are large with considerable open space in the front of the private properties.

Additionally, it should be noted that the last parked car o nthe video clip before the exit of Birdwood Road is illegally parked in the verge. The double-yellow line restriction applies all the way the other side of the pavement. This needs education and if it continues to occur, enforcement. 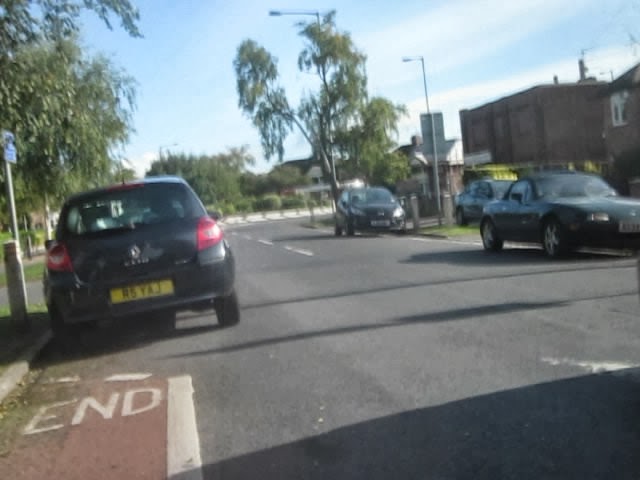 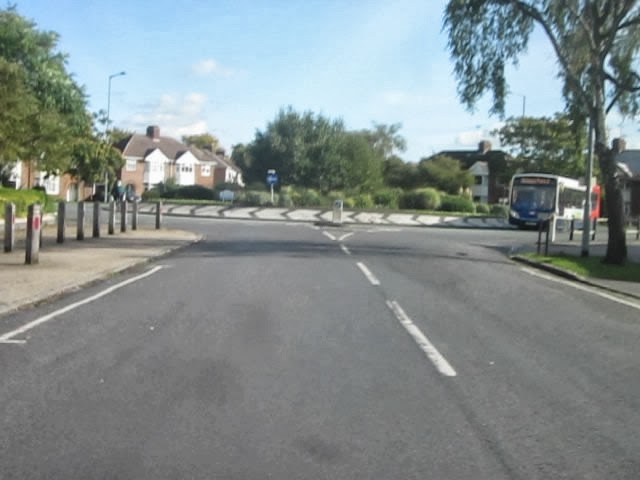 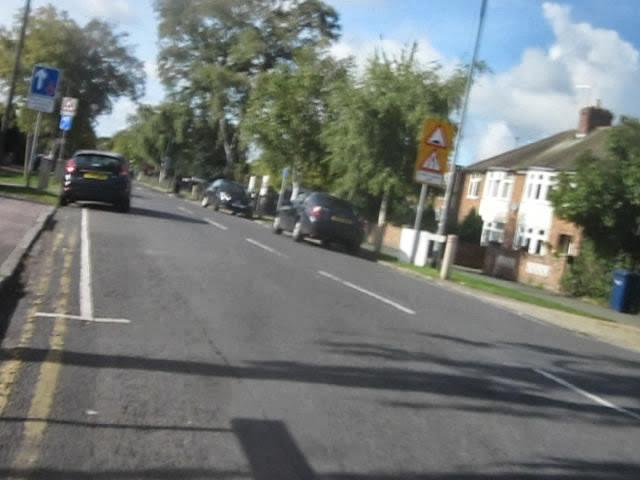 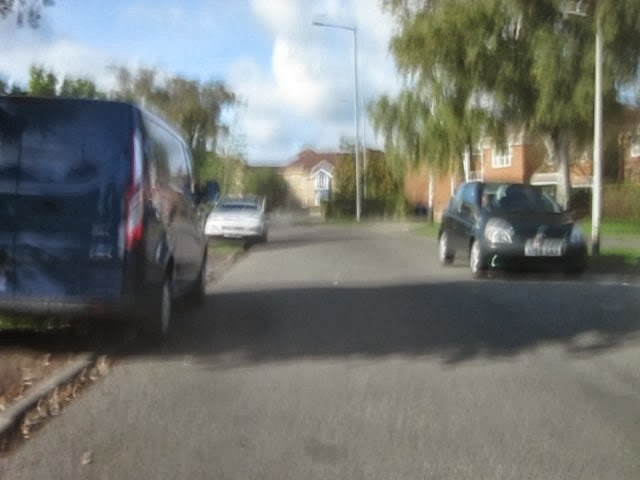 The thing is, this scheme actually isn't far away from something that would deliver those benefits to all parties. Well, improve it for the community and only slightly impact those needing to drive through here.

1. Protecting cycling entry into the on road cyclelane. On all cyclelane exits from the "pavement" there should be a kerb protecting the lane from motor vehicle encroachment. In the case of the Radegund Road exit, it also should be moved further along the road to allow for a prioritised cross of the shops side road to occur before moving out into the road. 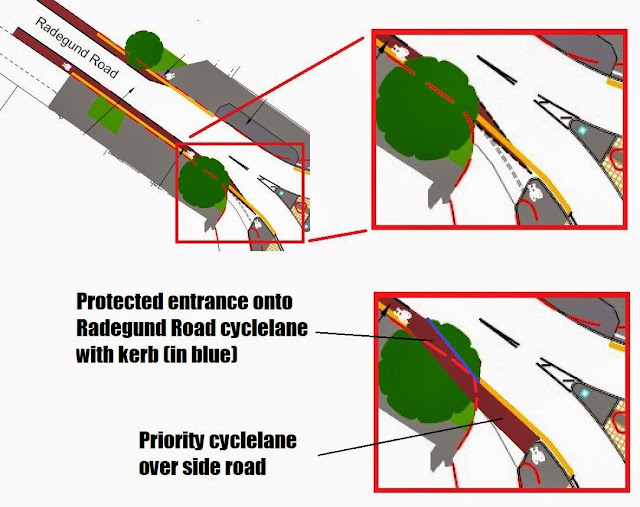 2. The speed dilemma. Whilst the proposal of an over-run strip is welcomed as a way of limiting faster vehicles, the devil is in the detail. This needs to really work and not be some attempt. There are examples of it hardly being any different from the main road surface and the result is that all motor vehicles run over it. 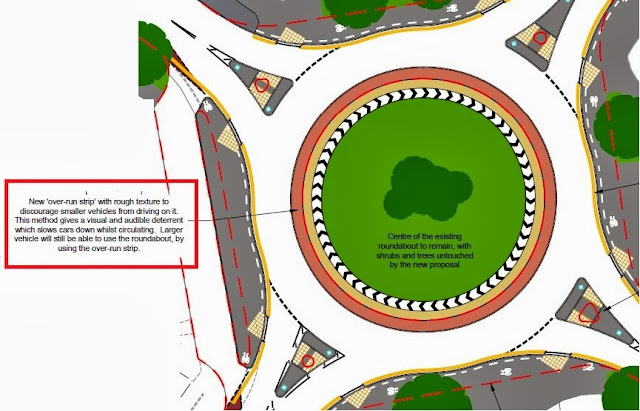 3. Priority crossings. The ultimate mechanism to slow people driving down to a reasonable speed is to ensure they do not have priority on the roundabout crossings. This also works well for people walking around here. These crossings are not limited by traffic lights, so it must be assumed that the crossing rates are low. Perhaps thats because this is not a very friendly environment? Perhaps it's just there ar less people crossing. Whatever, improving the friendliness here would help bring people back to more active travel choices. And if it's just not used much, it won't impact people driving much! It's win-win. 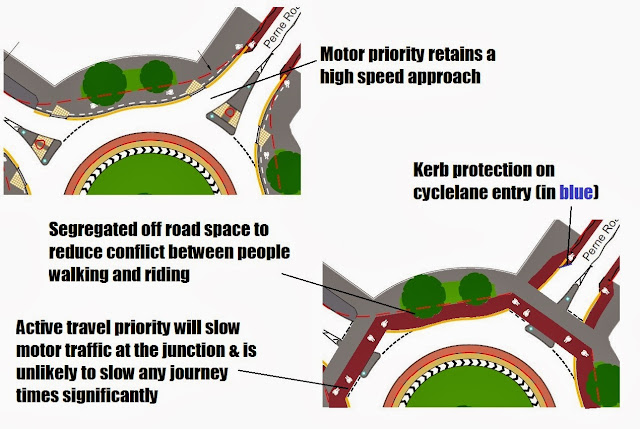 This change should not go ahead without updating and possibly more research. I hear that Dutch engineers were consulted during this process, but it can't have been anything to do with cycling. Although some will say that further changes will take more money, and I'd agree, the current proposal is essentially more of a waste than spending more. The simplistic and minimal research, wholly based on car capacity and not looking at the fuller picture, really doesn't justify anything.

I'm aware that council officers have worked hard to get as far as they have with the current proposal and have had to balance the needs of a lot of different groups. Sadly, they are having to take into account people who have very little understanding of the situation and how financially beneficial active transport is for local areas both in terms of medium to long term reduction in road costs and massive health savings (as well as making communities a lot more pleasant). It's proven that for every £1 spent on properly improving cycling infrastructure (so not this scheme) returns £4 in savings. This ends up simply giving the worst of both worlds to all parties

It's not like we don't have examples from round the world (The Netherlands, Paris, New York, Chicago, and now even in some part London) of how when you do plan for a better world, the naysayers often stop grumbling very quickly afterwards, especially when a change of transport mode choice reduces the need to maintain (in in this case improve!) car capacity.

Subnote:  I've used terms such as "people cycling" and "people driving" rather than "cyclists" and "drivers" to highlight a few simple issues.