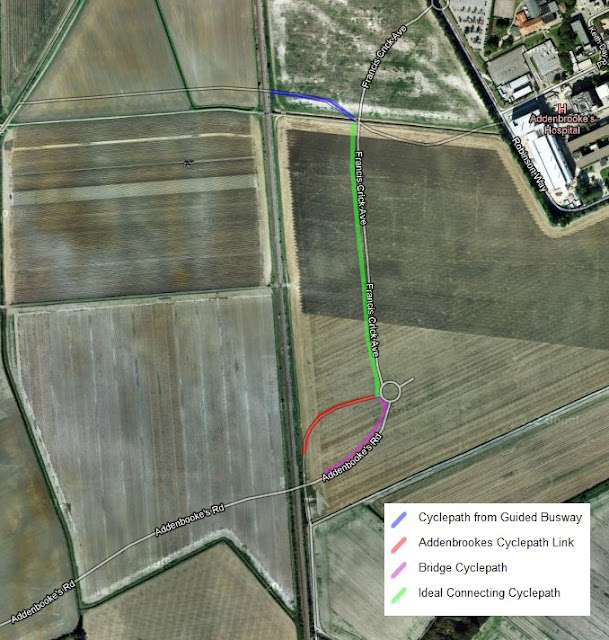 
The obvious point here is that whilst the developments where happening at roughly the same time, why was the through-provision considered at all? Cambridge is one of the cycling hubs of this country. If it's not got right here, what hope the rest of the country?
Posted by RadWagon at 17:23