Cambridge to Whittlesford and Return

There are 2 routes to Whittlesford from near Cambridge railway station. The traditional one down the main, but not too busy, Shelford Road and the new one following National Cycle Network Route 11.

This second route has really only just opened up thanks to recent changes between Whittlesford and Sawston. It is 7.5 miles instead of the straight 7 miles of the Shelford Road route. However, having 75% of it off-road compared to less than half on the old route, more than makes up for it. And the remaining 25% is on quiet residential village roads. It's quiet enough to feel quite safe whilst riding. Something that not always felt on the Shelford road.

From the railway station, the new guided busway route and spur gets as far as the Addenbrookes cyclepath. At the other end of that there's a short section through Shelford into Stapleford before coming out to the next offroad section alongside the A-road to Sawston. The Sawston dog-leg is a bit irritating, but it was built to support local schoolkids getting to the schools in the large village. Crossing the railway and then the river Cam or Granta (note not "river Granta"!) and the new Whittlesford cyclepath appears. This is a converted footpath, but so many kids had been using it, it seemed silly to keep it as such. There are some highly amusing "Slow Pedestrians Ahead" signs, but that's better than the old (and misunderstood) "Cyclists Dismount" signs.

The route maps in Google Maps are red for Shelford Road route, blue for the NCN11 route. And it is thin for off-road sections and thick for on-road sections.


View Cambridge to Whittlesford Routes in a larger map

The last time I came back along the traditional Shelford Road route on a Sunday night I saw my first car at Addenbrookes hospital and wasn't passed by one until Hills Road railway bridge. The route can have cars on it but isn't a busy road.

For a video view, some photos, and some explanation of the local river naming around the NCN11 route (in reverse) look at my Wimpole Folly and the Three Cams post.

UPDATE: a 5 minute clip of the full route.

And a postcard a friend gave me. 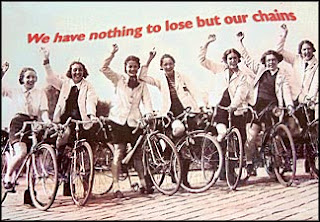